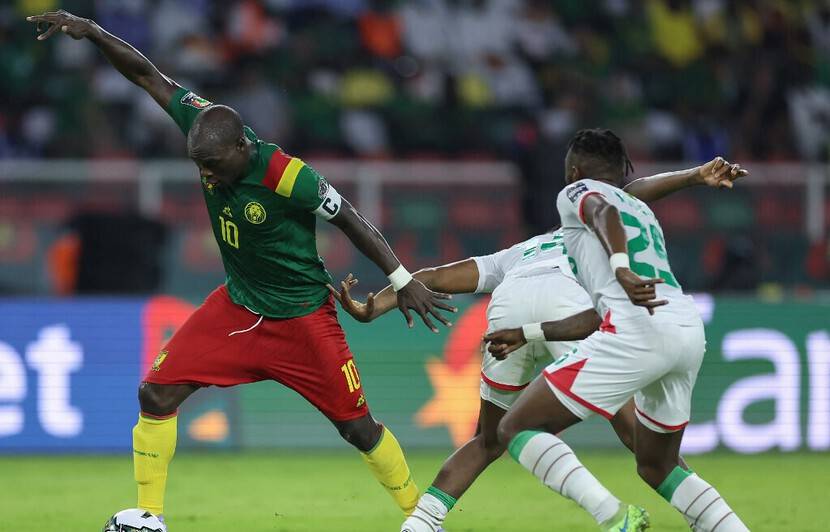 The first two matches of group A registered a series of ‘firsts’ of the tournament. Algerian referee, Mustapha Ghorbal officiated in the very first game of the tournament which saw Cameroon edge Burkina Faso 2-1 in the first ever opening match of the AFCON to register two penalties scored by the winning team. Burkinabe Steeve Farid Yago took the first tournament yellow card in the first minute for fouling Collins Fai. His teammate, Gustavo Fabrice Sangare scored the first goal of the tournament when he connected a right flank cross straight into the net on 24 minutes, after the Burkinabes had registered the first corner kick two minutes earlier. Cameroon captain, Vincent Aboubakar  equalized on 40 minutes when he transformed the first penalty of the tournament following a VAR-confirmed body-check on Zambo Anguissa in the area by captain Isidore Traore. Vincent Aboubakar became the first player to score two penalties in the AFCON opener when he transformed from the spot two minutes into stoppage time of the half in what was a dubious penalty. Cameroon fans celebrated the highly anticipated victory which concluded a binary effort partly bestowed earlier in the splendid opening ceremony.

In the second group A game, Ethiopian defender Yared Bayeh took the first red card in the tournament, when as last defender he committed a glaring foul on his opponent on 12 minutes to offer Cape Verde a less tedious challenge all through. Julio Tavares found the net one minute into stoppage time of the first half for a 1-0 victory, putting Cape Verde on second spot behind Cameroon, and leaving Burkina Faso and Ethiopia on the third and fourth spots in the group, respectively.

This Monday, the Bafoussam-based group B features Senegal vs Zambia at 2 p.m. and Guinea vs Malawi at 5 p.m. Next, Morocco vs Ghana at 5 p.m. and then Comoros vs Gabon at 8 p.m. Both matches will be played at the Mfandena Ahmadou Ahidjo Stadium.