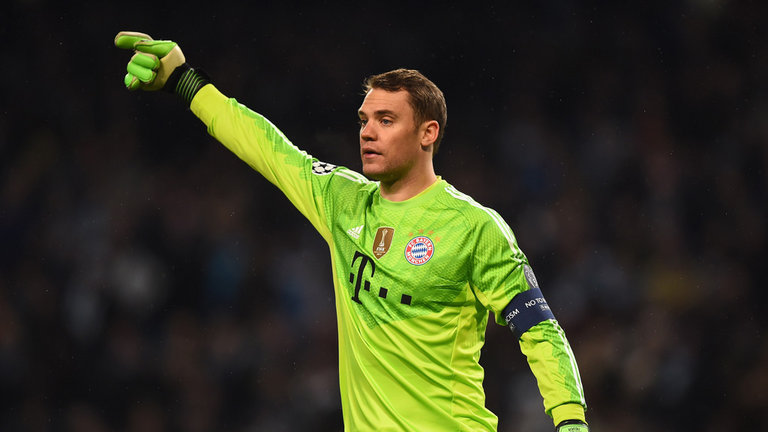 Manuel Neuer is the World’s Best since 3 years !

Germany’s and Bayern München’s Goalkeeper Manuel Neuer has won his third successive IFFHS crown as the World’s Best Goalkeeper for 2015 with another convincing victory in this year’s poll.

Neuer, on 188 points, was a comfortable 110 points ahead of runner-up Gianluigi Buffon (Juventus) on 78 with Barcelona and Chile’s keeper Claudio Bravo collecting 45 to finish third. The 29 year old Neuer had a winning margin of 100 points in 2013 and 120 points in 2014.

Football experts from 50 countries made their selections as part of the 29th IFFHS annual elections.

Manuel Neuer has a sound technique but adds to these qualities with a quickness of vision and distance which enables him to switch to libero in his clearances and turn defence in attack.

The italian star Buffon reached a great second place in 2015 and shows that the years have no influence on the performances. Claudio Bravo, the Chile Goalkeeper  from FC Barcelona, took the third place and concluded a great season with his national team and with his club.

The young David De Gea and Thibaut Courtois were next in the rankings and their performances indicate they will be future challengers for top honours.  Petr Cech and Iker Casillas are still present since more than 10 years