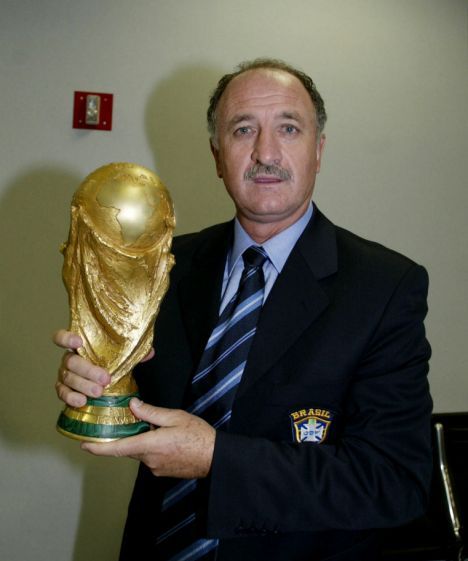 Luiz Felipe Scolari, born 9 November 1948 in Passo Fundo, was a former professional footballer before being one of the leading managers in the World with the greatest Trophy in football, the World Cup 2002 with Brazil, for the year 2002 he received also the IFFHS Award of THE WORLD’S BEST NATIONAL COACH.

The National Team of Brazil was his natural next station (2001-2002) and he leaded the team with Ronaldo and Ronaldinho to the World Cup win 2002, his greatest success in his long career. Scolari was then appointed as manager of the Portugal National team from july 2003 to june 2008. He led Portugal to the final of the 2004 Euro (defeat 0-1 against Greece) and to the 4th place in the 2006 World Cup in Germany , before resigning at the Euro 2008.

After these fantastic three years in China, he came back to Brazil and Palmeiras in 2018. He won again the Campeonato Brasileiro Serie A 2018 and hi is the current manager of the team with high ambitions for the future.