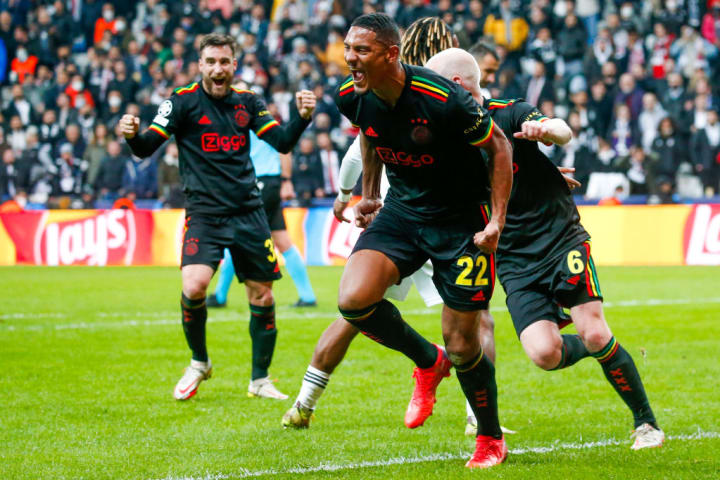 IFFHS statistics on Champions’ League group stage round 5 (November 24)*Sébastien Haller (Ajax), who made a brace vs Besiktas (2-1), became the 4th player in Champions League history to score in each of his first 5 games in the competition, after Alessandro Del Piero (1995), Diego Costa (2014) and Erling Haaland (2019).*No one in Champions League history has started his run in Champions League as prolific as Haller: 9 goals in 5 games. Haaland scored 8 goals in his first 5 games.*For the first time in Champions League history, 3 different players have scored in each of the first 5 rounds of the group stage, in the same season. Haller joined Robert Lewandowski and Cristiano Ronaldo in this feat.*Haller became the 4th player to score as many goals (9) in his debut season in the Champions League. The others are Simone Inzaghi (9 goals in the 1999/00 season), Roberto Firmino (10 in the 2017/18) and Sadio Mané (also 10 in the 2017/18).*Real Madrid have scored 3 goals (vs Sheriff 3-0) with shots from outside the area in a single Champions League match for the first time.*Real Madrid did not score 3 goals with shots from outside the area in the same competitive match since 5 March 2016 (vs Celta in La Liga, 2 goals by Cristiano Ronaldo and 1 by Bale).*Edin Dzeko (Inter), after a brace vs Shakhtar (2-0), reached the mark of 50 goals in European competitions. He became the 20th player to score 50+ goals in the entire history of European competitions.*Christopher Nkunku (Leipzig), who scored twice vs Brugge (5-0), has equaled the goal record (6) of a French player in the same Champions League group stage shared by Henry (1997/98), Trezeguet (2001/02) and Ben Yedder (2017/18). *Manchester City’s victory over Paris SG (2-1) ensures they will finish top of their CL group for the fifth season in a row. Among English teams, only Manchester United finished as the group winners 5 times consecutively (between 2006/07 and 2010/11).*Kylian Mbappé, after a goal scored vs Manchester City, became 11th player to score 20 away Champions League goals. He took only 23 away games for that, fewer than any of the other 10 players.Kylian Mbappé has played his 50th Champions League games. At the age of 22 years 339 days, he became 2nd youngest outfield player to reach this mark, slightly behind only of Cesc Fàbregas (22 years 331 days).