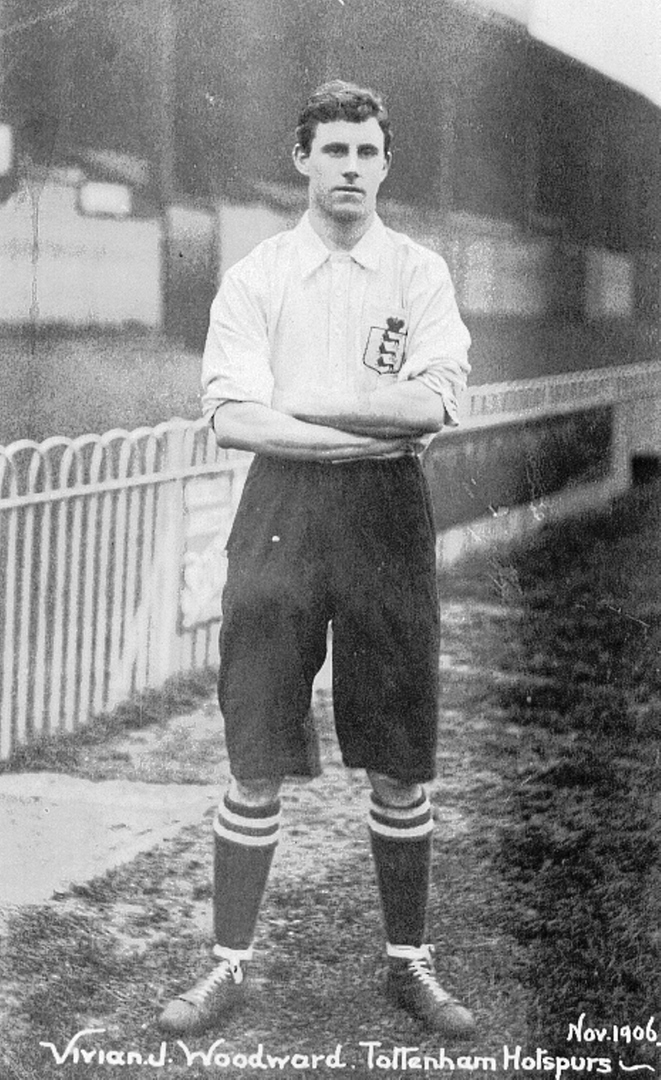 Picture :  Vivian Woodward was the first to break the Record of Olphert Stanfield in 1909 !

Most capped players of XIX CenturyIn this part we publish the ranking of players with most games played for national teams in XIX Century. The world record in this category at the end of 1900 belonged to Olphert Stanfield, an Irish footballer who has earned 30 caps playing mainly on right-inside position. His world record was surpassed by England's Vivian Woodward in 1909. The first Irishman who beat Stanfield was legendary goalkeeper Elisha Scott who won his 31st cap in 1936.Besides that, Stanfield who played for only one club (Distillery) throughout his career still remains the most capped Distillery player of all time.