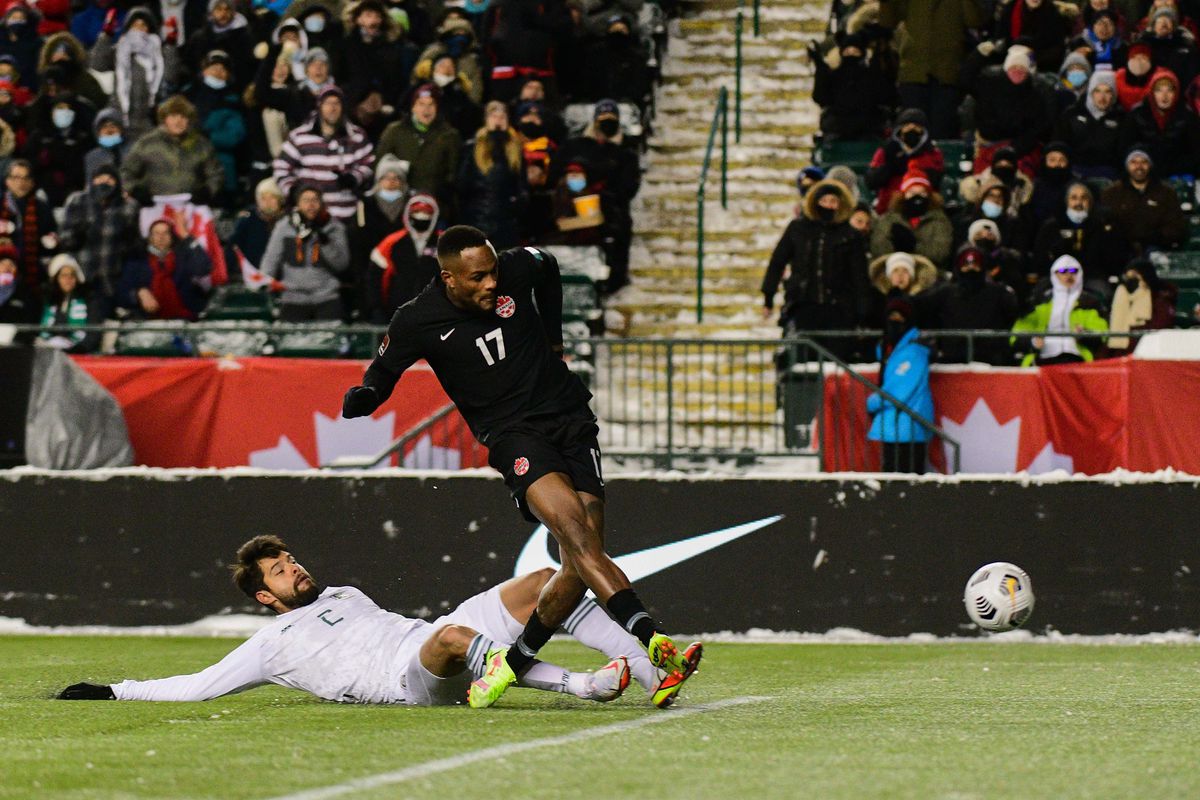 Picture : Cyle Larin scored the two goals against Mexico and leaded Canada to the first place !

The final round of the CONCACAF World Cup qualification for Qatar 2022 is eventful ! Matchday 8 (of 14) was the last of this year in the Tournament and it is sure that the road to the next World Cup is tight.

USA was held to a draw by Jamaica, Tim Weah’s goal was not enough to keep the leadership of the ranking. In the same time, Costa Rica took down Honduras and Panama defeated El Salvador.

The Top Game of Matchday 8 saw Canada beat Mexico with two goals of Cyle Larin (14 international goals in 2021 with Canada) in Edmonton. This win gave Canada the new leadership of the Ranking after 8 matches. With 16 points, Alphonso Davies and his teammates have one point more than USA and two more than Mexico, who lost his second consecutive match and Panama, the surprise team. The Top 3 will qualify for the 2022 FIFA World Cup while the fourfth placed team will advance to the inter-confederation play-offs.