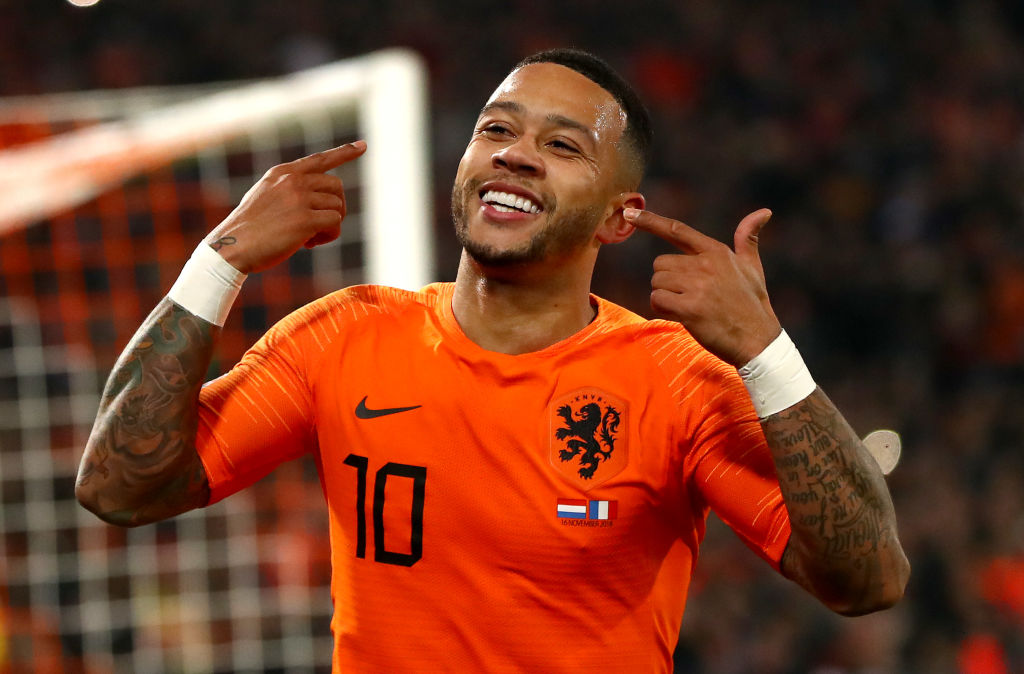 MEMPHIS DEPAY IN THE ALL TIME RANKING !

Picture : Memphis Depay scored 17 goals in 2021 with the National Team !

Memphis Depay enters the all-time ranking of one-year national team goal-scorers! Memphis Depay completed the Dutch national team program in 2021 with a staggering 17 goals.Over this century, only 4 players have managed to score more in a calendar year so far: Ali Mabkhout (19 goals in 2019), Hani Al-Dhabit (18 goals in 2001), Kevin Parsemain (18 goals in 2012) and Mohammad Al-Sahlawi (18 goals in 2015).In the world ranking of all times (see below), Depay is placed 20th.The record in this category is very old; it was set more than a century ago. It belongs to Vivian Woodward who scored 25 goals in 10 matches in 1909.Woodward played simultaneously for two national teams (though belonging to the same country) - England (11 goals in 5 matches) and England Amateurs (14 goals in 5 matches), which existed then on equal terms.In total, there were 7 cases in history when a player scored 20+ goals in a year (while not once in our century) and 40 cases when 15+ goals.Four players reached this mark twice: Vivian Woodward, Sándor Kocsis, Kinnah Phiri and Kazuyoshi Miura (with Woodward scoring more than 20 both times), and one player 3 times: Ali Daei.A bit strange, the record holder on the number of goals for national team, Cristiano Ronaldo, did not manage to reach 15 goals even once.Regards this ranking, in the case of same number of goals, we place higher a player with fewer appearances.