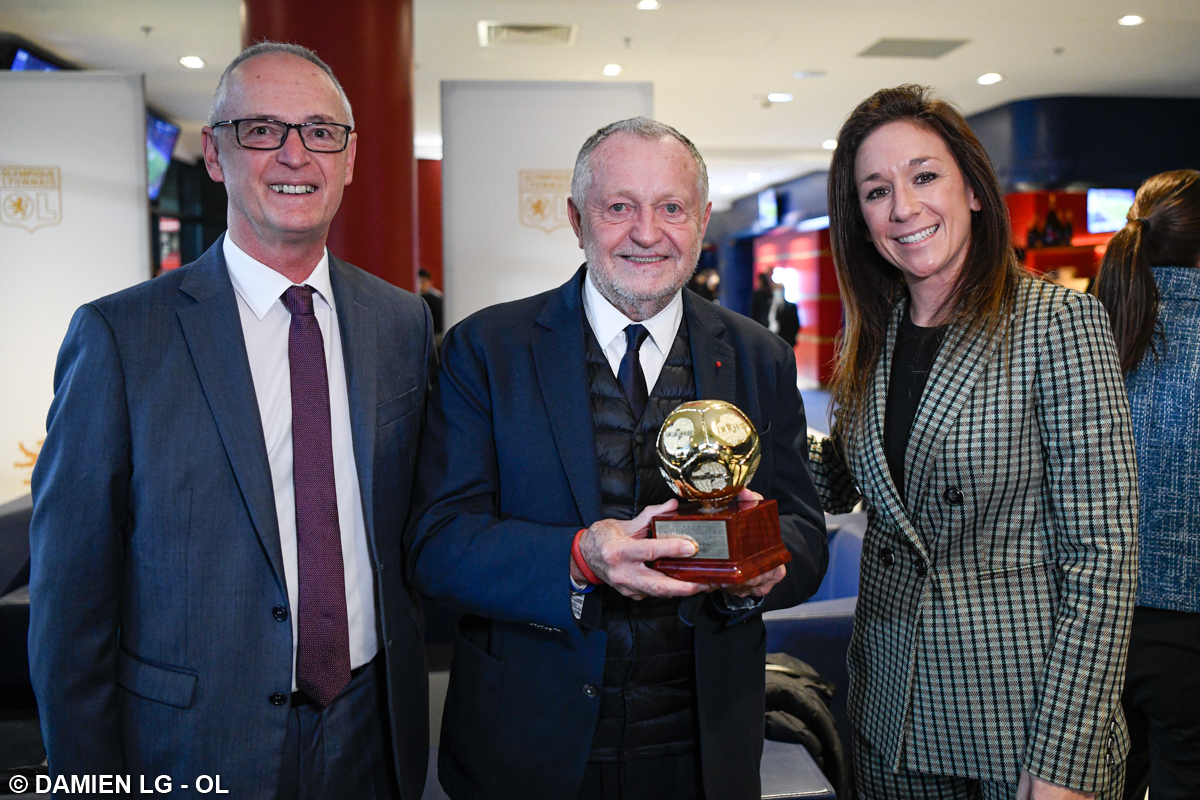 A few minutes before the kickoff of the Champions League match between Olympique Lyon and Bayern München last Wednesday, Jean-Michel Aulas, the President of Olympique Lyon since 1987 and founder of the Women's team, received a new distinction for his role in women's football. It was Nadine Kessler, UEFA Chief of Women's Football and former German international (winner of the IFFHS World's Best Playmaker Award 2014), who presented him the award on Wednesday evening at Groupama Stadium, giving him the IFFHS (International Federation of Football History and Statistics) trophy for his commitment to the development of women's football and the record of Olympique Lyon (7 UEFA Champions League in the decade 2011-2020). Olympique Lyon women's team won 7 IFFHS World's Best Club Awards since 2012 !

A BUILDER, A VISIONARY

Thanks to his investments in women's football and the creation of the OL Women in 2004, Jean-Michel Aulas has succeeded in creating an exceptional team and an unprecedented dynasty in Europe. The OL women's team has indeed won the Champions League seven times over the past ten years (2011, 2012, 2015, 206, 2017, 2018, 2020) and the French Championship for 14 consecutive seasons from 2006 to 2020 ! No other team in the WORLD has collected so many important Trophies !

Jean-Michel Aulas' unparalleled investment in the sport has a profound influence on the future of women's football around the world. Jean Michel Aulas found the winning recipe by enlisting remarkable talents and granting them equipment and working conditions equivalent to those of men. He has also established a model for women's professional football in Europe and the United States, notably with OL Reign.

Beyond the French borders, the Lyon women's club has become the club of choice for world elite footballers, determined to join a winning organization. Among them, the Norwegian Ada Hegerberg, winner of the first female Ballon d'Or.

"His passion for women's football has been a contagious source of inspiration for many other leaders and clubs. He has always been a visionary and a builder, who commands respect," are the words of Manchester City leaders and the FC Barcelona, ​​whose women's sections have greatly developed in a few years!