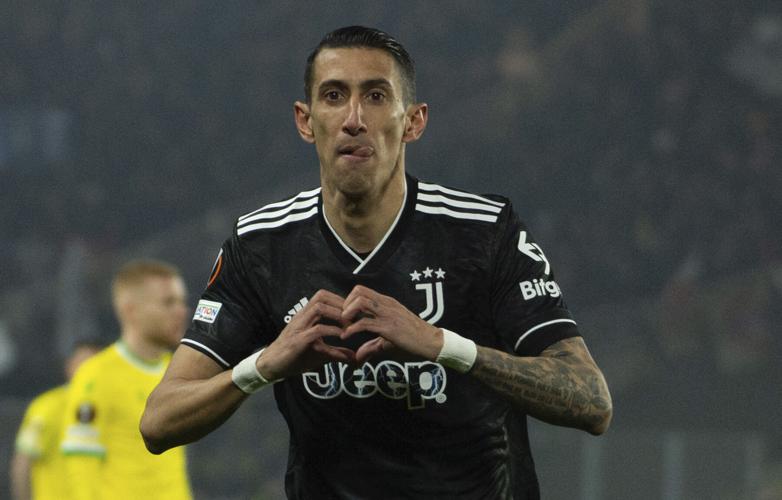 Picture : ﻿Famara Dhiediou became the 11th Senegal Player to score 3 goals during a game with the national team. With Hadj Ousseynou Diouf, he is the only one to have make it twice in the History of Senegal's football.

The two teams have qualified for the play-offs scheduled for March 2022 with the qualifying games for that stage still 2 playing days away.

The Atlas Lions of Morocco concluded a perfect run on the 3rd and 4th playing days of Round-2 of the qualifiers by hacking Syli Nationale of Guinea tonight, 4-1 at the Prince Moulay Abdellah Stadium. Forward, Ayoub El Kaabi headed a cross from the right flank which barely crossed the line following brave but insufficient guarding by the keeper. Ten minutes on, Guinea midfielder, Mamadou Kane's brilliant strike from near 35 metres was deflected into the back of the net as the timer read 31 minutes. Morocco midfield substitute, Selim Amallah concluded play following an indirect free kick to celebrate the first of his two goals on 42 minutes. He made it a brace on 65 minutes when a corner kick came up to him as a pass. Yet another substitute, midfielder Sofiane Boufal intercepted a cross inside the area with a bicycle kick to put scores at 4-1 on 89 minutes. The performance tallied 14 goals to Morocco's credit as against 1 over the two playing days. They now tally 12 pts in Group I, Guinea Bissau 4 pts, Guinea 3pts and Sudan 2pts.

The Teranga Lions of Senegal emerged the second most performing side over  the two playing days as they too tallied 12pts/12. Tonight, the lions munched the Warriors of Namibia,  3-1 at the Orlando Stadium. And it was forward, Famara Diedhiou who got a hat trick at the 22nd, 51st and 84th minutes, as against a lone Namibia reaction through forward,  Peter Shalulile on 27 minutes. Elsewhere  in the same group, hosts, Congo lost to Togo at the Stade Alphonse Massamba  Debat, 1-2. Togo forward, Euloge Placca Fessou  headed home a free kick on 43 minutes. But Congo forward, Guy Mbenza booked the equalizer on 71 minutes when he received  a cross in the area from the left flank. However, the visitors got the game winner on 78 minutes when he unleashed a projectile past the goalkeeper.  At the end of the two playing days, Group H puts Senegal on top with 12 pts, Togo 4pts, Namibia 4 pts and Congo 2 pts.

After Burkina Faso's 2-0 defeat of Djibouti Monday, Algeria spanked Niger Tuesday  night 4-0 in the other Group A fixture. Captain,  Riyad Mahrez received an oiled pass from Slimani at the 20th minute to open the accounts book for Algeria.  Defender, Aissa Mandi concluded  a series of moves following Riyad Mahrez's free kick with the second goal on 33 minutes. Midfielder,  Ismael Bennacer was one of two unmarked players when a cutback on 48 minutes rolled into the area. And the 4th goal was the result of mechanical contrivance when Mahrez's pass strayed inside the box at the mercy of forward, Baghdad Bounedjah. He made it 4-0 on 54 minutes. With that victory, Algeria top charts with 10pts, Burkina Faso, 10pts, Niger 3pts and Djibouti 0pt.

The competition is quite keen in Group G where South Africa are a point clear of Ghana. While South Africa edged Ethiopia at the FNB Stadium courtesy of an own goal to their credit by Ethiopia forward, Getaneh Kebede on 11 minutes, Ghana were in a duplicate performance at the Zimbabwe National Sports Stadium where Arsenal's midfielder,  Thomas Partey scored the lone goal  with a 25-metre drive straight into the net. South Africa lead the group with 10pts, Ghana 9pts, Ethiopia 3pts and Zimbabwe 1pt.

With exception taken for Morocco  and Senegal who have already qualified for the March 2022 play-offs to determine Africa's five flag bearers at Qatar 2022, the rest of the field for the play-offs will be known on the 5th and 6th playing days scheduled  for November  11 and 14, respectively. Only the first team in each of the groups will qualify for the play-offs.