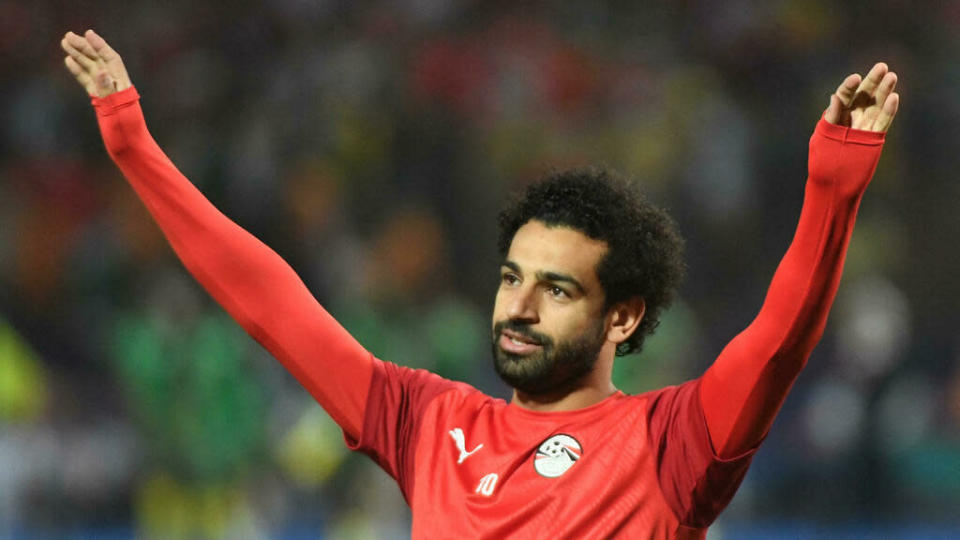 Picture : Mo Salah and Egypt on the good way !

Doubts as to Egyptian capability have been laid to rest after they trounced potential group contender, Libya, 3-0 at the 28 March Stadium in Benghazi to widen the gap between  the two. Attacker, Ahmed Fattouh scored the opener on 40 minutes after prevailing in a battle inside the area. Forward, Mostafa Mohammed headed the ball from a left flank cross four minutes into stoppage time of the first half to put his side 2 goals up. Ramadan Sobhi benefitted from commendable effort at midfield to score on 72 minutes and seal the deal on 3-0 for Egypt. In the second Group F match played at Stade de Franceville, hosts, Gabon defeated Angola 2-0. It was captain, Pierre Emerick Aubameyang who scored the first goal on 74 minutes with a shot at close range to the top left. Ten minutes on, defender, Alex Moucketou benefitted from an assist from the left flank courtesy of his captain to score the second goal. Group F stands at: Egypt 10pts, Libya 6 pts, Gabon 4 pts and Angola 3 pts.

In Group D, the qualification ticket is hotly debated over by Ivory Coast and Cameroon. Leaders, by one point, Ivory Coast defeated Malawi 2-1 at Cotonou's Stade de l Amitie. Ivory Coast forward, Nicolas Pepe surged forward to beat the keeper from the edge of the box with just two minutes into play. Malawi forward,  Khuda Muyaba replicated on 20 minutes,  beating the keeper to the tight angle with a low drive. The match winner came in at the 66th minute through a penalty by midfielder, Franck Kessie. Cameroon overcame a potential  forfeiture after issues with flights to arrive in Tanger hours to their game with Mozambique at the Stade Ibn Batouta. Deputy captain, Ngadeu Ngadjui came in from the defence to head home a 68th minute goal after the keeper had poorly managed a corner kick. The game of missed opportunities also registered a 49th minute offside goal by Mozambique after they had cried foul over a disallowed penalty two minutes earlier. The Ivory Coast top Group D with 10 pts, Cameroon 9 pts, Malawi  3 pts and Mozambique 1 pt.

Before the second Group A match between Niger and Algeria Tuesday, Burkina Faso defeated Djibouti Monday night 2-0 at Stade Marrakech. Defender, Issoufou Dayo headed home a 30th minute lob for the first goal. Forward, Abdoul Tapsoba made it 2-0 on 63 minutes when the ball came out of the keeper's grip. Djibouti came under the spotlight for the wrong reason when forward, Ahmed Daher took a red card on 67 minutes.