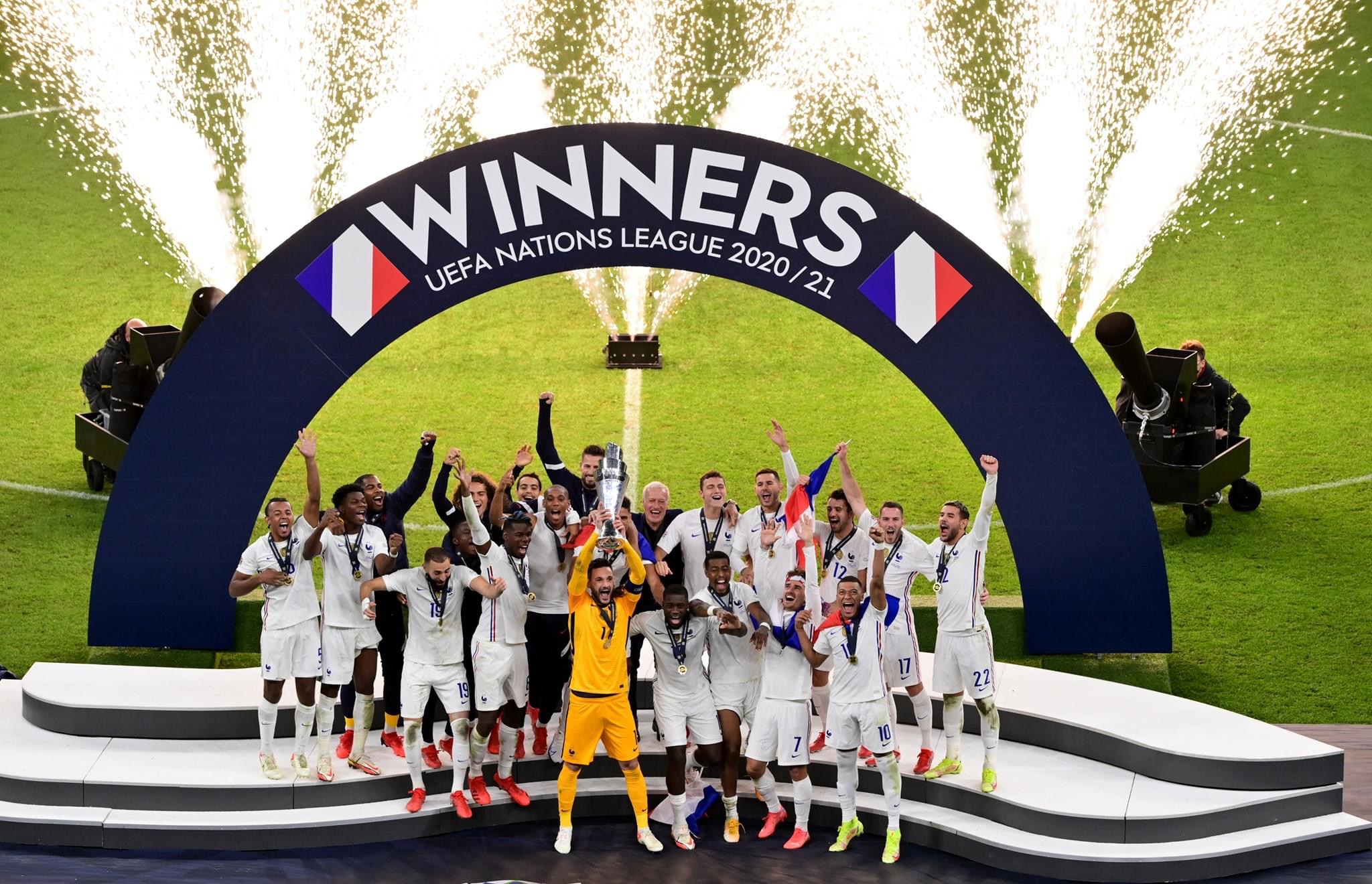 *Kylian MBappe and Karim Benzema were the French Goalscorers and match winners in the final against Spain.With this success, France became the FIRST team to win all three most important competitions for national teams - World Cup, Euro and Nations’ League.

*Apart from that, Griezmann continues his run of consecutive games for France. He didn’t miss a single game of last 57. This is unprecedented case for Les Bleux in their whole 117-year history.

*Roberto Mancini has won (2-1 vs Belgium) his 30th game as Italy's head coach. He have reached this milestone with the fewest matches (44) in the history of Scuadra Azzurra.

*Belgium lost 2 consecutive games for the first time under Roberto Martínez. The last time when Red Devils suffered 2 defeats in a row happened in 2016 (1-3 vs Wales, last game with Marc Wilmots as a coach, and 0-2 vs Spain, at Roberto Martínez debut).