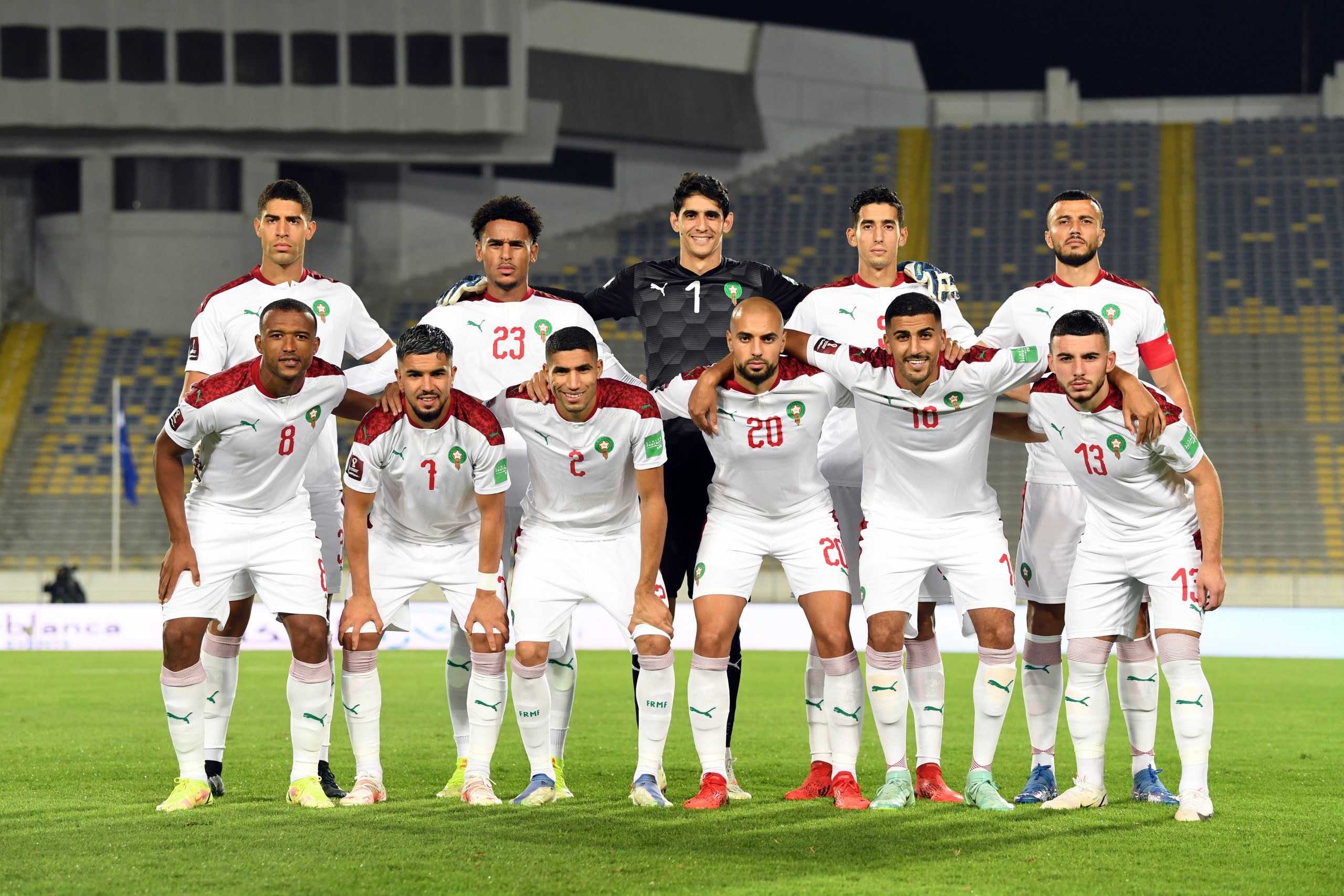 Picture : Morocco has a perfect run in the CAF Qatar 2022 Qualifying

CAF Qatar 2022 Qualifying: Perfect run for Tunisia,  Morocco, Senegal in three games each  of Round 2.

The Teranga Lions of Senegal fastened their claws on top of Group H when they frightened the Warriors of Namibia out of the way in a 4-1 bashing on their home turf at Stade Lat Dior. Senegal Midfielder,  Idrissa Gueye continued his early season form with the opener, beating the keeper to the far angle on 10 minutes. Forward, Famara Diedhiou made it 2-0 with a diving header on 38 minutes. Forward, Sadio Mane, after hitting the woodwork earlier in the game, wriggled past three men before hammering a left foot drive just inside the box on 55 minutes. Namibia midfielder,  Joslin Kamatuka capitalized on incomprehension between defender and goalie to reduce tally on 76 minutes. And then forward, Keita Balde was well positioned to connect a Mane cross from the left flank for the 4th goal on 84 minutes.  Two other group mates, Togo and Congo played to a 1-1 draw at the Stade de Kegue in Lome. The hosts raised the curtains against themselves when their midfielder of Greece Super League Club, Ionikos, Alaixys Romao got an own-goal on 20 minutes. But then forward,  Euloge Placca Fessou pulled back that on 56 minutes. But Congo could only manage a red card shown defender, Fernand Mayembo five minutes into stoppage time of the game. Senegal thus tally 9pts, Namibia 4pts, Congo 2pts and Togo 1pt.

In Group G, the two games produced identical scores of 3-1. South Africa travelled to the Bahir Dar Stadium in Ethiopia where they defeated the hosts, 3-1. After brilliant saves by the South African keeper early into the game, the tides turned in favour of the visitors when midfielder, Tebeho Mokoena took a free kick that came out of the keeper's grip for the opener a minute into stoppage time of the first half. Ethiopia got the equalizer on 67 minutes when a free kick just outside the box by captain, Getaneh Kebede sailed straight into the net. Forward,  Mothabi Mvala hustled a throw-in into the net to give South Africa a 2-1 lead on 71 minutes. And one minute into stoppage time of the game, forward, Evidence Makgopa latched onto a volley to lob the keeper for the final score of 3-1. At the Cape Coast Stadium, midfielder, Mohammed Kudus opened scores on 5 minutes with a powerful grounder just inside the box. Zimbabwe got the equalizer from a penalty kick taken by Knowledge Musona on 49 minutes. Midfielder,  Thomas Partey, from great individual effort made it 2-1 on 66 minutes. And forward, Andre Ayew's pinpoint header on 87 minutes sealed the deal at 3-1 for Ghana. The group stands at: South Africa 7pts, Ghana 6 points, Ethiopia 3pts and Zimbabwe  1pt.