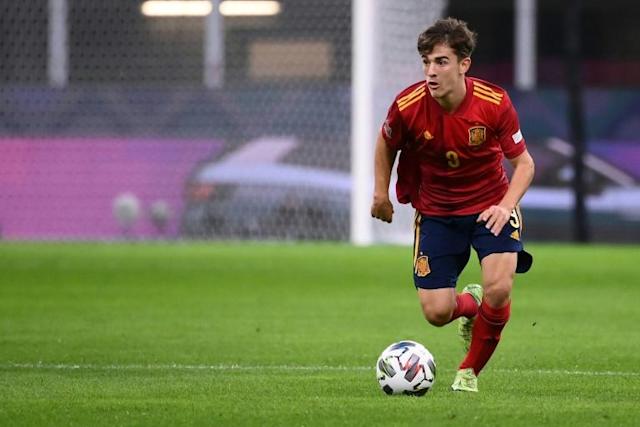 Picture : Gavi became the youngest player in the History of the Spanish team !

Europe League Nations statistics on October 6 semifinal*With the defeat from Spain 1-2, Italy have finally ended their all-time longest series without losing which lasted 3 years. The world record is stopped on the mark of 37 games. During the series, Scuadra Azzurra have scored 93 goals and conceded just 12. *In no one of 37 games Italy conceded more than once. The last case (before this League Nations semifinal) when they conceded is dated by June 1, 2018 (a friendly vs France, 1-3).*This defeat vs Spain became for Italy just 4th home defeat in a competitive game for their whole history which covers 111 years and 145 such games overall. The previous home defeats happened in 1983 (Napoli, 0-3 vs Sweden), 1994 (Palermo, 1-2 vs Croatia) and 1999 (Napoli, 2-3 vs Denmark).*Gavi (full name Pablo Martín Páez Gavira) became the youngest player in all the history of Spanish team (17 years 62 days), surpassing the old record of Ángel Zubieta (17 years 284 days) set on April 26, 1936 in the game vs Czechoslovakia (0-1).*Leonardo Bonucci became the first Italian player to be sent off in all the history of duels between Spain and Italy which counts 39 games. From Spanish side, there were 2 expulsions related to this rivalry, both in Olympic games (Ricardo Zamora, 2 September 1920, and Jesús Larraza, 25 May 1924).

Morocco set ablaze the Prince Moulay Abdellah Sports Complex tonight when they romped to a 5-0 defeat of Group I mates Guinea Bissau. It was one of 2 games played today at the start of Day-3 games for the CAF Qatar 2022 qualifiers. Defender, Achraf Hakimi raised the curtains on 31 minutes before midfielder, Imran Louza put halftime scores at 2-0 when he scored a penalty one minute into stoppage time of the half. Upon resumption, midfielder, Ilias Chaira made it 3-0 when he found the net on  49 minutes. Yet, forward, Ayoub El Kaabi took it to 4-0 on 62 minutes before the 5th and final goal through forward, Munir El Haddadi on 82 minutes.

In an earlier  game played at Stade de Marrakech, the other two Group I mates, Sudan and Guinea played to a 1-1 draw. Guinea forward,  Mohamed Bayo opened scores on 56 minutes. The equalizer came in from Sudan forward, Saifeldin Bakhit on 72 minutes.  Group I, after Day 3, stands at Morocco 6pts, Guinea Bissau 4pts, Guinea 2pts and Sudan 1pt. But Morocco and Guinea still have a delayed match of Day-2 pending.