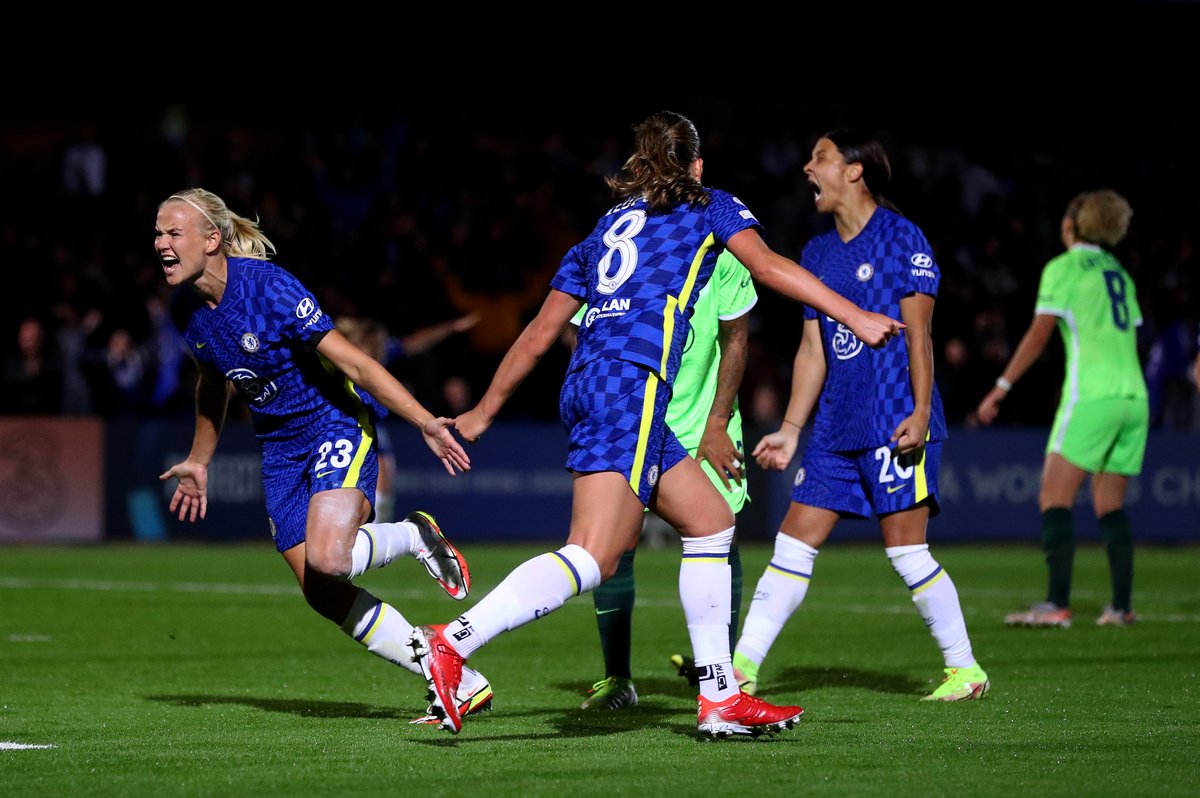 Picture : Pernille Harder (left) scored the 3-3 in the last minute !

Breidablik (18 Iceland Champion titles) is the FIRST club of Iceland to reach the final stage, the Top 16 in Europe ! Agla Maria Albertsdottir, 22 years old and already 23 goals (all competitions included) in the year 2021, has pushed the team to the final stage with 6 goals in 4 qualification matches.

With 20 goals this year, Marie Antoinette Katoto becomes more and more one of the most important players at Paris SG. At 22 , she has already played and lost two Champions League finals (2015 and 2017)  but she won last season the first Champion title in France with Paris SG, after 14 consecutive titles of Olympique Lyon !

VFL Wolfsburg, winner of the UEFA Women’s Champions League 2013 and 2014, has always reached the quarter finals in the last 9 years ! Last season … Chelsea eliminated the german team in the …quarter final. Revanche ? Wolfsburg realised a draw in Chelsea 3-3 after a spectacular game.

On July 31, before two months, Servette has lost in Turin against Juve 1-3 in a friendly game. Last year, it was 0-4. For the third game , Servette lost again 0-3 in the Champions League.

Since July 2020, Real Madrid’s women  have joined the greatest World clubs and qualified in the first year for the UEFA Women’s Champions League. Swedish Kosovare Aslani leads the team who has beaten Manchester City in the qualification matches !

Esther Gonzales, the known Goal scorer of Levante (current at the 9th place in the WORLD’S BESRT GOAL SCORER RANKING with 29 goals in 2021) has joined Real Madrid in the summer.

Zhytlobud Kharkiv is the best club in Ukraine, and with Olga Ovdiychuk, has the best Goalscorer of the country ! It was not enough to beat Real Madrid in their first UEFA Champions League game (0-1).