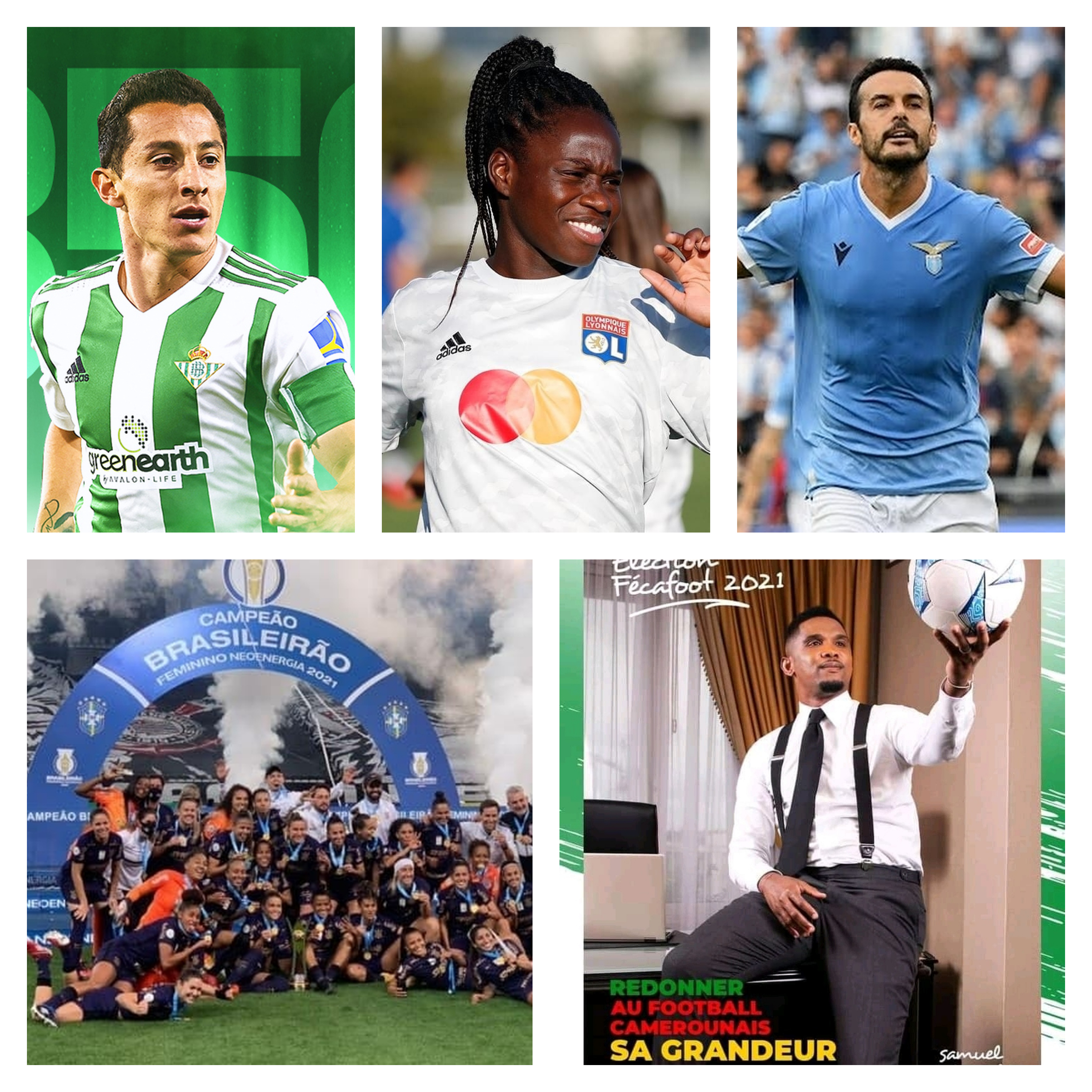 Andres Guardado is the FIRST MEXICAN in the Football History to play 350 games in Europe ( 266 in The LIGA Spain with Deportivo La Corona, Valencia CF and Betis Sevilla – 4 in the BUNDESLIGA Germany with Bayer Leverkusen -  80 in the EREDIVISIE Netherlands with PSV Eindhoven).

Andrés Guardado started last week with Real Betis (1-3 victory against Osasuna de Pamplona), ​​playing 90 minutes of the game, this was his 350th game in Europe during the last 15 years !

Griedge M’Bock, one of the best defenders in Europe, has made her come back last Friday, 486 days after her important injury. The French player was on the pitch with Olympique Lyon against Guingamp with a new win 4-0 of her club, leader in the French League.

Spanish National Player Pedro is the ONLY PLAYER in the FOOTBALL HISTORY to have won the UEFA Champions League, the UEFA Europa League, the UEFA Super Cup, the FIFA Club World Cup (with club), the UEFA Euro and the FIFA WORLD CUP (with National Team) ! He became also last Sunday the third player in the History of the Roma derbies between Lazio and AS Roma to score for each Roma club in a derby like Arne Selmosson and Aleksander Kolarov.

Corinthians women won last Sunday the Campeonato Brasileira for the third time after 2018 and 2020. The FIRST Tricampeo in Brazil’s women football !

Samuel Eto’o Fils, who officially declared his candidacy for the top job at the Cameroon Football Federation(FECAFOOT) on 21 September has petitioned FIFA Secretary General, Fatma Samoura on the eve of elections at the divisional level on 24 September to raise a number of concerns he claims would render the process null and void.

The IFFHS legendary player and record holder of several accolades on national, continental and global football cited the 15 January, 2021 ruling of the Court of Arbitration of Sport and the FIFA letter of the next day, both stipulating the mechanisms for the organization of elections at FECAFOOT. The petition to Fatma Samoura accuses the interim executive bureau of FECAFOOT of including ghost clubs to take part in the elections, reported cases of threats addressed to club presidents and promoters, highlights conflict of interests levied against the interim president and members of his bureau, and above all, emphasize their refusal to implement a 7 September ruling by the Chamber of Conciliation and Arbitration of the Cameroon National Olympic and Sports Committee on the ethics of sports.

Samuel Eto’o Fils who is the third former national team player to declare his intentions to run for the FECAFOOT presidency after Jules Dénis Onana on 15 August and Emmanuel Maboang Kessack on 30 August did cast his vote during the 24 September divisional elections ahead of two other stages before the national sprint on 11 December, 2021.