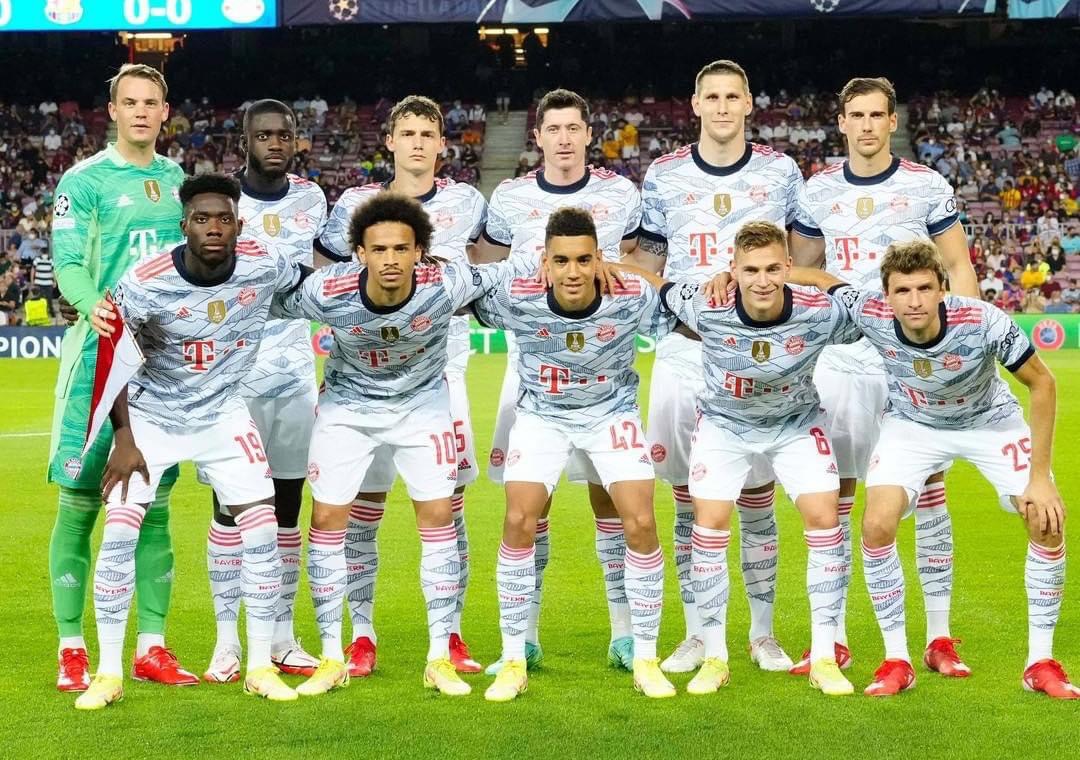 IFFHS statistics on Champions’ League group stage round 1 (September 14 and 15)*Édouard Mendy (Chelsea) has taken 13 games to record his 10th clean sheet in the Champions League; the only goalkeeper to reach this total in fewer appearances is Keylor Navas (11 games).*Barcelona have lost their first game of the season at Champions League (0-3 vs Bayern) for the first time after 1997 (2-3 vs Newcastle, with a hat-trick by Faustino Asprilla). They had the longest streak (23 non-lost first games of season) in the history of the competition.By the way, no one yet has won the Champions League after starting a season with a defeat.*Barcelona ended the game vs Bayern without making a single shot on goal; this happened with “Blaugrana” for the first time in their history of participation in the  Champions League.*Thomas Müller has scored his 7th goal against Barcelona in Champions League (in six appearances). Nobody scored as many against Barcelona for the whole history of European Cup/Champions League. Next one after him is Andriy Shevchenko (5 goals in 11 games).*Robert Lewandowski has now 17 consecutive Champions League victories (scoring 22 goals in those 17 games). He equals the best personal winning streak in the history of competition set by Manuel Neuer (between September 2019 and February 2021).*Lewandowski has scored in every one of his last 18 official matches for Bayern (28 goals in total).*Bayern have been scoring in 78 consecutive official matches. The world record in this category is already pretty close. It belongs to River Plate: 96 games in a row with scoring between 1936 and 1939.*Young Boys achieved their 2nd win in the Champions League. These wins are gained in the clubs’ consecutive games in CL. Both wins were against Cristiano Ronaldo's sides: Juventus (2-1 in December 2018) and Manchester United (2-1 in September 2021).*In the meantime, Young Boys became the 36th different team Cristiano Ronaldo has scored against in the Champions League, with no player scoring against more (also Lionel Messi on 36).*Manchester United have lost 7 of their 11 Champions League matches under Ole Gunnar Solskjær.*The game Sevilla – Salzburg (1-1) became the first game with 4 penalties in all the history of the Champions League.*Also, for the first time a visiting team (Salzburg) has taken 3 penalties in the same CL match (there were 3 cases when the hosting clubs did that).*Sevilla is the first team in all the history of CL to commit 3 penalties and do not lose the match. Three clubs which occurred in this situation previously are Twente (lost 1-4 vs Tottenham in 2010), Anderlecht (lost 1-3 vs Olympiacos in 2013) and Borussia Moenchengladbach (lost 0-3 to Sevilla in 2015).*Salzburg's penalties were all after fouls on Karim Adeyemi. This teenager (19 years) became the first player in CL history to provoke 3 penalties in the same game (he did it all in just 25 minutes).*Salzburg’s starting team in the game vs Sevilla averaged 22 years and 220 days. There is only one other club in all the history of the CL that did not lose its match with such a young starting XI: CSKA Moscow (22 years and 142 days) vs. Rangers (0-0) on April 21, 1993.*Sheriff (Moldova) is the first Champions League debutant to win at the debut game since 2016 (Leicester, 3-0 vs Brugge).*Christopher Nkunku (Leipzig) became the 4th player to score a Champions League hat-trick in a match his team lost (3-6 vs Manchester City), after Ronaldo, Gareth Bale and Irfan Kahveci.*Jude Bellingham became the youngest player ever (18 years 78 days) to score in 2 consecutive Champions League games, surpassing Kylian Mbappé (18 years 85 days in March 2017).*At the same time, Jude Bellingham is the 2nd youngest in the Champions League history to score 2 goals, after Ansu Fati (17 years 355 days) and Bojan Krkic (18 years 55 days).*Erling Haaland (Borussia Dortmund) has scored another goal vs Besiktas (2-1). He took just 17 Champions League matches to score his 21st goal, 10 (!) matches fewer than any other player. Next to him Ruud van Nistelrooij took 27 games for this.*Real Madrid have won their last 7 visiting games against Italian teams: 2-0 vs Roma (2016), 3-1 vs Napoli (2017), 3-0 vs Juventus (2018), 2-0 vs Roma (2018), 2-0 vs Inter (2020), 1-0 vs Atalanta (2021), 1-0 vs Inter (2021).

Before this fantastic streak, Real Madrid had quite poor statistics as visiting team in Italy: 4 wins, 8 draws, 18 losses between 1956 and 2015.