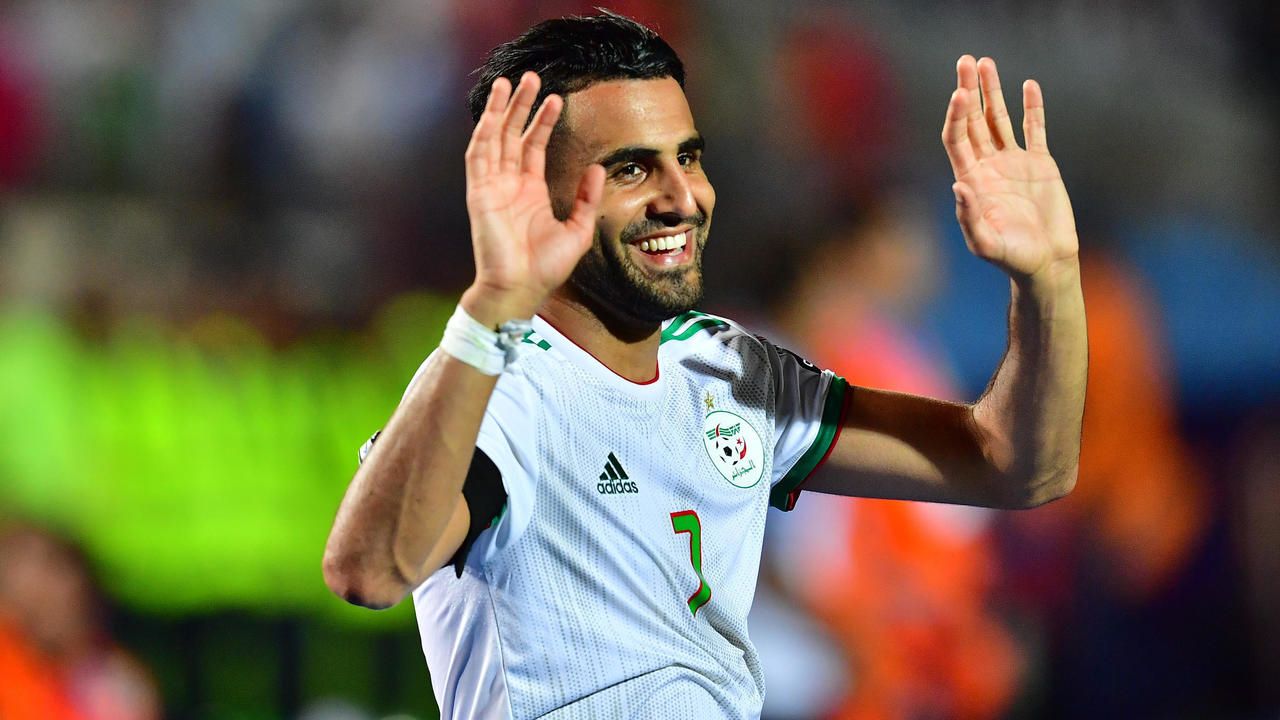 Picture : Riyad Mahrez and Algeria at the Top !

Algeria tonight keep an unbeaten run of 29 matches as the second day matches of the second round of Africa qualifiers for the Qatar 2022 World Cup wrap off, but for the Guinea versus Morocco Group-I game postponed indefinitely. Burkina Faso, hosting Algeria in Marrakesh only fought off defeat with an equalizer on 64 minutes through defender, Edmond Tapsoba after Sofiane Feghouli had raised the curtains on 18 minutes. This stage of the qualifiers ends with Algeria on top of Group-A with 4pts, Burkina Faso 4pts, Niger 3pts and Djibouti 0pt.

Nigeria maintained their stranglehold on Group-C following their 2-1 defeat of hosts, Cape Verde at Stade Municipal Aderito Sena, Mindelo. Defender, Dylan Tavarès raised the curtains for the hosts on 19 minutes. Forward, Victor Osimhen equalized ten minutes on before an own goal by midfielder, Kenny Santos on 76 minutes handed the visitors three precious points. After the two days of action in this round, Nigeria are on top with 6pts, Liberia 3pts, Cape Verde 1pt and Central Africa Republic 1pt.

Libya travelled to Luanda where they edged hosts, Angola 1-0 at the Estadio 11 Novembro. The man on target on 43 minutes was Omar Al Khoja. That put Group-F thus: Libya 6pts, Egypt 4pts, Gabon 1pt and Angola 0pt.

In Group-H, prolific striker, Sadio Mané led his team to a domestic punishment of Congo at the Stade Alphonse Massamba Debat 3-1. Forward, Boulaye Dia raised the curtains for the visitors  on 29 minutes. Silvère Ganvoula equalized two minutes into stoppage time of first half. Midfielder, Ismaila Sarr got a second for Senegal on 83 minutes before Sadio Mané got the third and final goal through a penalty on 87 minutes. The group stands at Senegal 6pts, Namibia 4 pts, Congo 1pt and Togo 0pt.

While awaiting the rescheduling of the Guinea versus Morocco game postponed following last Sunday’s coup in Conakry, Guinea Bissau top the charts in Group-I following their 4-2 defeat of Sudan at the Al Hilal Stadium, Khartoum. Winger, Silva Piqueti scored a brace for the visitors on 8 and 39 minutes, respectively. Fréderick Mendy had slipped in one on 11 minutes before the fourth from defender, Mama Baldé on 82 minutes. The rare brace from the hosts through defender, Ahmed Youssif on 54 minutes and 92 minutes did little to salvage their honour. The group tentatively stands at Guinea Bissau 4pts, Morocco 3pts, Guinea 1pt, Sudan 0pt.

In Group-J, hosts, Tanzania staged a brilliant fight at Benjamin Mkapa Stadium, Dar es Salaam to edge Madagascar 3-2. The hosts opened scores on 3 minutes through a penalty scored by defender, Erasto Nyoni. They got the second goal on 26 minutes through midfielder, Novastas Miroshi. Winger, Njiva Rakotoharimalala scored for the visitors on 36 minutes followed by the equalizer through Thomas Fontaine two minutes into stoppage time of the first half. Tanzania got the match winner through Abubakar Salum on 52 minutes. The group stands at: Tanzania 4pts, Benin 4pts, DR Congo 2pts and Madagascar 0pt.

Day-3 of Round-2 gets underway on October 6.