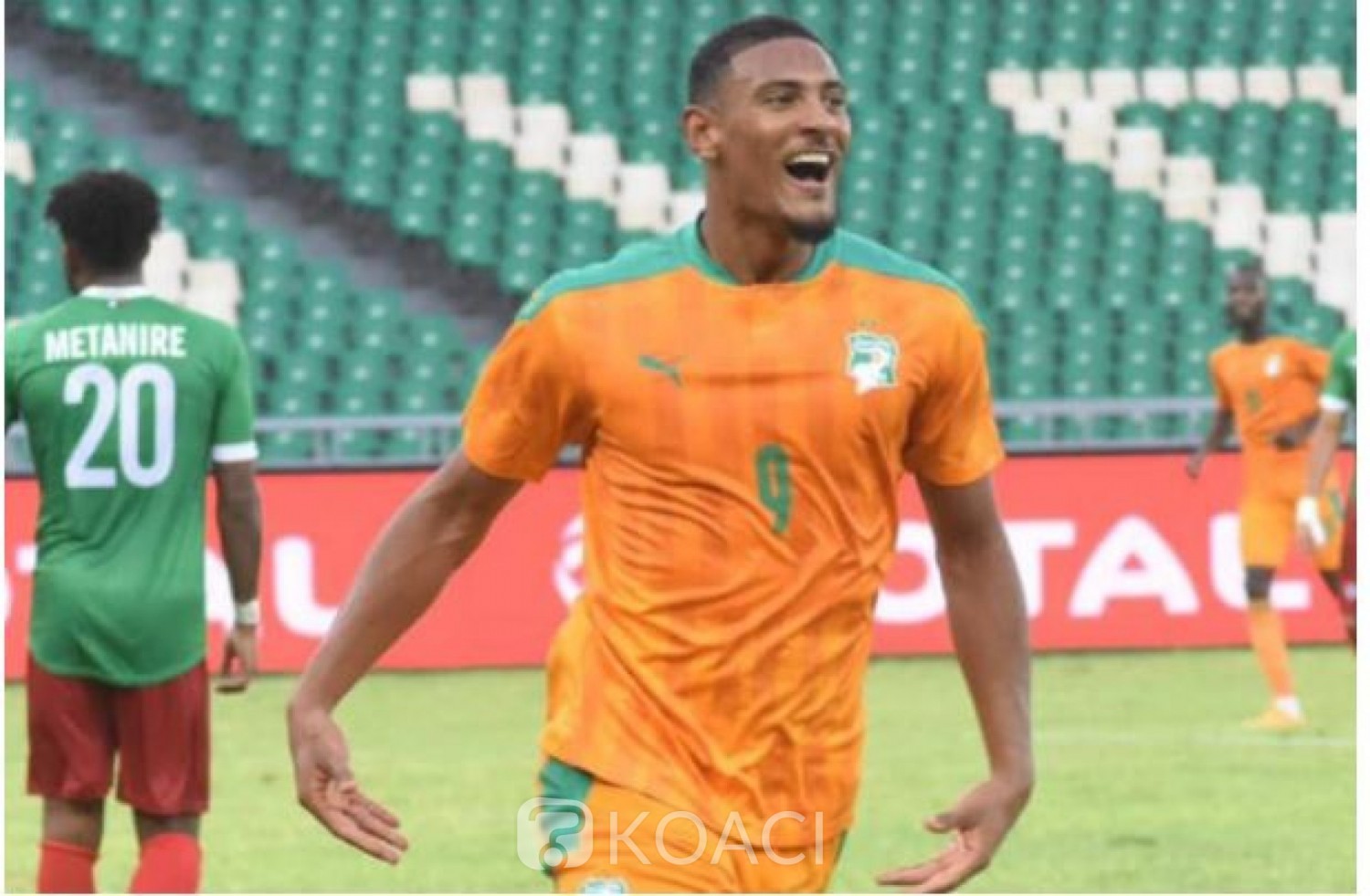 Picture : a brace for Sebastien Haller against Cameroon.

A brace tonight by Ajax Amsterdam forward, Sébastien Haller through a penalty on 17 minutes, after captain Vincent Abubakar touched the ball inside the area, and a through ball on 29 minutes as against a penalty for Cameroon scored by Nicolas Ngamaleu on 61 minutes landed Ivory Coast a 2-1 victory over Group-D mates, Cameroon. The victory was a revenge after Cameroon’s 3-2 defeat of Ivory Coast at the Félix Houphouet Boigny Stadium, Abidjan exactly sixteen years ago Sunday night. Then, it was the race for the 2006 FIFA World Cup in Germany. As fans left the Stade Olympique Alassane Ouattara, Epimbé celebrating victory, Cameroon left dejected but also remembering that they had lodged a protest at CAF against the poor state of the pitch on which the match was played.

At the Prince Moulay Abdellah Stadium in Rabat, visiting Niger overpowered Djibouti 4-2 in a Group-A fixture. Djibouti forward, Anas Ali opened scores on 32 minutes. The equalizer was obtained by Niger forward, Adjé Adebayor on 49 minutes who went on to make it a brace on 56 minutes. His teammate, Mohamed Wonkoye scored the third goal through a penalty on 65 minutes. The fourth goal for Niger was courtesy of Amadou Sabo on 68 minutes. But then they would lose Adamou Amadou to a red card on 83 minutes before the second goal for Djobouti  through Warsama Houssein on 90 minutes.

At the Japoma Sports Complex, Douala, hosts Central Africa Republic lost to Liberia in their Group-C game when forward, Kpah Sherman scored on 86 minutes to land the visitors a 1-0 victory.

It was a doomed campaign for Ghana from the onset when they travelled for their Group-G confrontation with South Africa at Soccer City without six of their first choice players. They had been warned that if the players travelled to South Africa, they would be quarantined upon return to Britain. South Africa forward, Bongokuhle Hlongwane scored the lone goal of the match on 83 minutes.

Group-J mates Benin and DR Congo locked horns at the Stade de l’Amitié Mathieu Kerekou, Cotonou and shared the spoils at 50-50. The visitors raised the curtains on 12 minutes through Dieumerci Mbokani, but the equalizer was registered for hosts, Benin through midfielder, Jordan Adéoti on 33 minutes.

The sixth game this Monday was played at the St. Mary’s Stadium in Kampala where hosts, Uganda and Mali played to a 0-0 draw in a Group-E fixture. However, Uganda defender, Murushid Juuko earned a red card on 65 minutes.

Ten matches will be played this Tuesday to crown the first two days of the second round of CAF Qatar 2022 qualifiers.