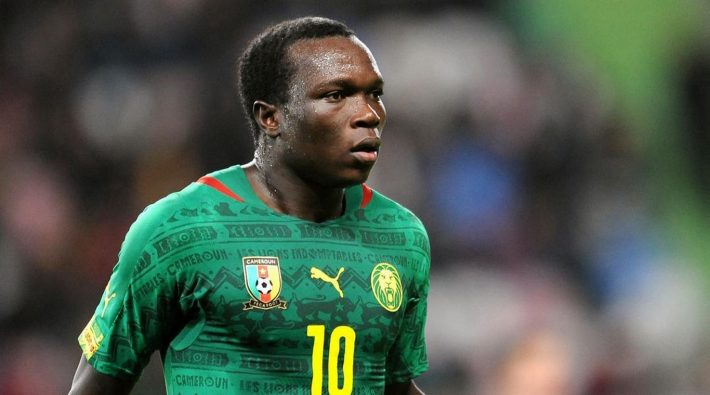 Picture : Vincent Abubakar scored the first goal in the first ever match at the Paul Biya All Sports Arena !

The Indomitable Lions of Cameroon extinguished The Flames of Malawi in the first ever match at the Paul Biya All Sports Arena, Olembe-Yaounde, venue of the opening and closing ceremonies of the CAF TotalEnergies Africa Cup of Nations Cameroon 2022. The 2-0 defeat of their Group D mates in the CAF Qatar 2022 qualifiers was thanks to the strike by captain Vincent Abubakar on 9 minutes and Michael Ngadeu-Ngadjui’s header on 22 minutes.

In the other Group D match played at Estadio do Zimpeto, Maputo, hosts Mozambique played to a 0-0 draw with Ivory Coast.

At Stade Olympique de Radès, hosts Tunisia trounced Equatorial Guinea 3-0 in a Group  B fixture. Dylan Bronn opened scores on 54 minutes. Ellyes Joris Skhiri scored the second on 78 minutes and Wahbi Khazri made it 3-0 through a penalty 4 minutes later.

In the second Group B game, hosts Mauritania lost at Stade Olympique de Nouakchott to Zambia, 1-2. The visitors raised the curtains on 10 minutes through Enoch Mwepu. They made it a double on 57 minutes through Prince Mumba. Mamadou Niass reduced tally for the hosts on 69 minutes.

In a Group C clash at the Teslim Balogun Stadium in Lagos, Nigeria overpowered visiting Liberia 2-0 courtesy of a brace by Kelechi Iheanacho on 23  and 45 minutes, respectively.

And in the second Group G match, Zimbabwe and South Africa played to a 0-0 draw at the Zimbabwe National Sports Stadium in Harare.

The second playing day of this round of the qualifiers runs from Sunday to Tuesday.