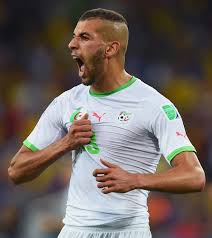 At the Stade Lat Dior in Thiès, hosts Senegal scored two second half goals courtesy of Sadio Mané(51’) and Abdou Diallo(81’) to pick three points in their 2-0 defeat of  group H mates, Togo. It was Diallo’s first ever goal for the national team.

Central Africa Republic, receiving their group C mates, Cape Verde at the Japoma Sports Stadium in Douala, Cameroon, came from behind to tie scores at 1-1. Julio Tavares had opened scores on 36 minutes before Trésor Toropite equalized on 53 minutes.

In a group I game played at the Stade Olympique, Nouakchott, Mauritania, Guinea Bissau and Guinea played to a 1-1 draw. Visiting Guinea raised the curtains through François Kamano on 7 minutes, but Joseph Mendès equalized at the 46th minute.

One of two group F matches took place at the Martyrs of February Stadium, Benina where hosts, Libya received Gabon. The visitors opened scores through André Poko on 11 minutes, but the equalizer came in on 27 minutes through Ali Salama.

In the sixth match of the day, Mali midfielder, Adama Traoré scored a 19th minute goal to land the hosts a 1-0 win over group E opponents, Rwanda at the Adrar Stadium, Agadir, Morocco.

Islam Slimani set ablaze the Stade Mustapha Tchaker in Blida with his four goals rocketed against visiting group A counterparts, Djibouti at the 5th, 25th, 46th  and 53rd minutes, the second being a penalty. Other goals came in through Ramy Bensebaini(26’), Baghdad Bouredjah(p. 40’), Riyad Mahrez(67’) and Ramiz Zerrouki(69’). It is the 28thconsecutive game without defeat for Algeria and the Co-record for Slimani in Algeria’s National Team History with 36 goals.He joined Abdelhafid Tasfaout at the All Time Ranking !

Morocco played host to group I mates, Sudan at the Prince Moulay Abdellah multi-purpose stadium, Rabat and prevailed over them, 2-0. Nayef Aguerd opened scores at the 10th minute. They got the second at the 53rd minute through an own goal courtesy of  Abdellah. Morocco star player, Hakim Ziyech was not part of the match after the head coach  had found him guilty of unorthodox behavior.

At the TP Mazembe Stadium in Lubumbashi, the DR Congo played to a 1-1 draw with group J mates, Tanzania. Dieumerci Mbokani scored the first goal on 23 minutes before Simon Msuva hit the second on 36 minutes.

Namibia’s Charles Hambira scored two goals at the Orlando Stadium, Soweto, one for his country at the 24th minute, and an own goal for their group H opponents, Congo as both sides separated on a 1-1 score.

Benin Republic travelled to the Mahamasina Municipal Stadium in Antananarivo where they edged group J mates, Madagascar, 1-0  courtesy of a 22nd minute goal by Steve Mounie.

The lone goalless draw of the day was registered at the Nyayo National Stadium in Nairobi where hosts, Kenya and group E mates, Uganda fought themselves to a standstill.