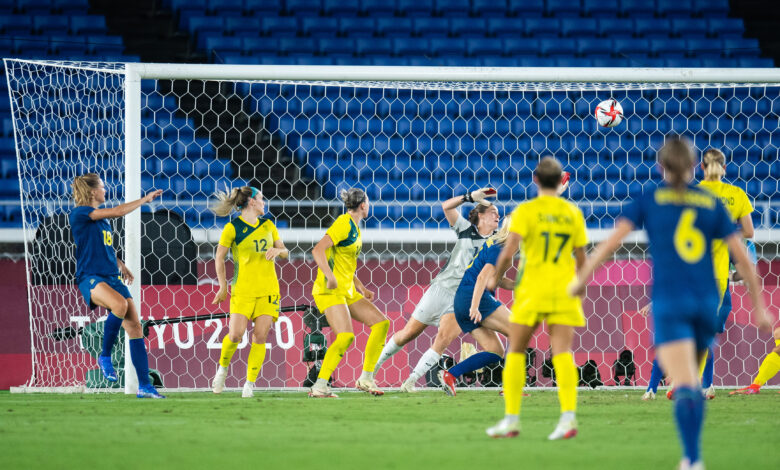 Picture : Fridolina Rölfo scored the winning goal against Australia to reach the Olympic Final with Sweden.

-       Sweden reached for the second consecutive time the Final of the Olympic Games Women Football tournament after 2016 in Rio. One goal of Fridolina Rölfo was enough to lead the stunning swedisch team in the final against an impressive Australian team.

-       5 matches, 5 wins : Sweden dominates the Olympic Games Tournament since the beginning with 13 goals scored and only 3 conceded. With Rölfo, Blackstenius, Jakobsson and Asllani, Sweden had never a so impressive offensive potential.

-       Sweden’s defensive with goalkeeper Hedvig Lindahl confirmed also his solidity , conceding only 5 goals in the last 13 games and 10 clean sheets ! Lindahl told that this Team is the Best since 20 years !

-       Canada won his ticket to the final of the Olympic Games Football tournament against his rival USA ! Since 1986, Canada won only 3 games of 61 matches (USA won 51 and 7 draws) , but the semi final today was the revanche of 2012 when USA needed extra time to defeat Canada !

-       Canada has not lost a single game since the beginning of the Olympic Tournament and counted always on the solidity of their defense and a great Stephanie Labbe as Goalkeeper !

-       New Canada coach Beverly Priestman has reached the Olympic final for her first participation , the same as Sweden’s coach Peter Gerhardsson, but he was already Gold Medal Winner 2012 with USA as coach assistant of Pia Sundhage !

-       Crystal Dunn is the only USA Player to have started all 5 games with Alyssa Naeher, Us Goalkeeper, who saves the team in the Quarter Final against Netherlands.

-       Adrianna Franch made her Olympic Debut today after the injury of Alyssa Naeher. Portland’s Goalkeeper has so 7 international caps.