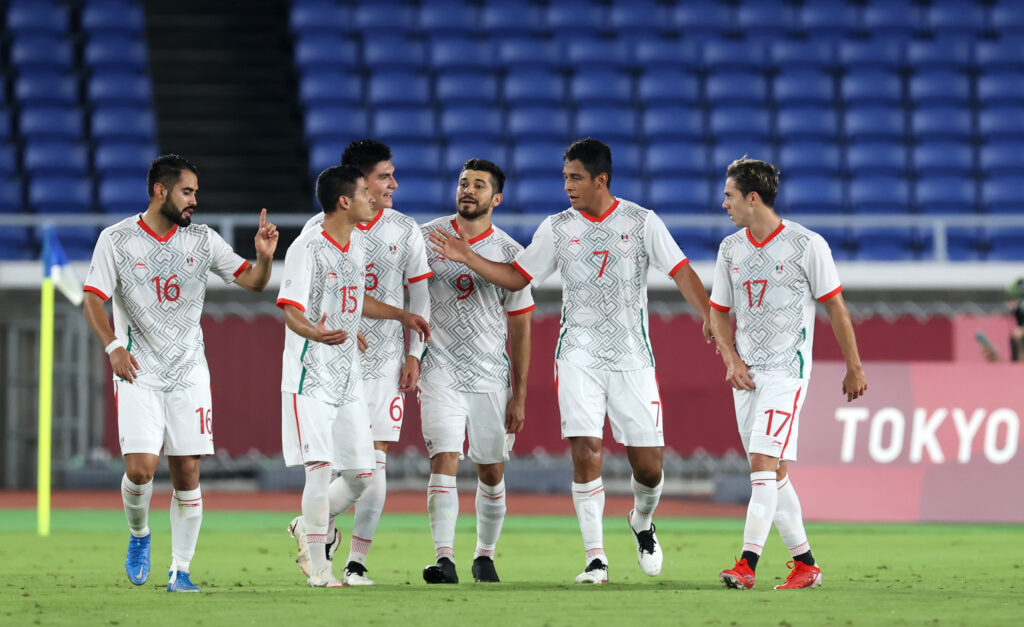 Picture : Mexico impressive with 6 goals in the quarter final !

-       Mexico, winner of the Olympic Games Tournament 2012, reached the semi final with an impressive victory against South Korea. The two most attacking teams (13 goals for South Korea, 14 goals for Mexico in 4 matches) presented a great show in that memorable quarter final with fantastic goals. The best match of the Tournament ! Sebastian Cordova (picture) scored two goals after one against France at the first match.

M-   Brazil has also won his way to the semi final with a little victory against Egypt. After the bronze of 2008, the Silver of 2012 and the Gold of 2016 in Rio, Richarlison and his teammates will try to keep the Olympic title ! Matheus Cunha (picture) scored the winning goal against Egypt.

-       Spain won the Gold Medal in 1992 in Barcelona. Josep Guardiola and Luis Enrique were in that team. In 2021, Garcia, Pedri, Olmo and the young generation have the ambition to win Gold. In the quarter final, a hat trick of Rafa Mir (picture) in 20 minutes during the extra time allowed Spain to reach the semi final against Ivory Coast.

-       Japan needed the penalties to beat New Zealand after the extra time. They are sure to equal or to beat the best Olympic result of Japan in the Olympic History (4th place in 2012).