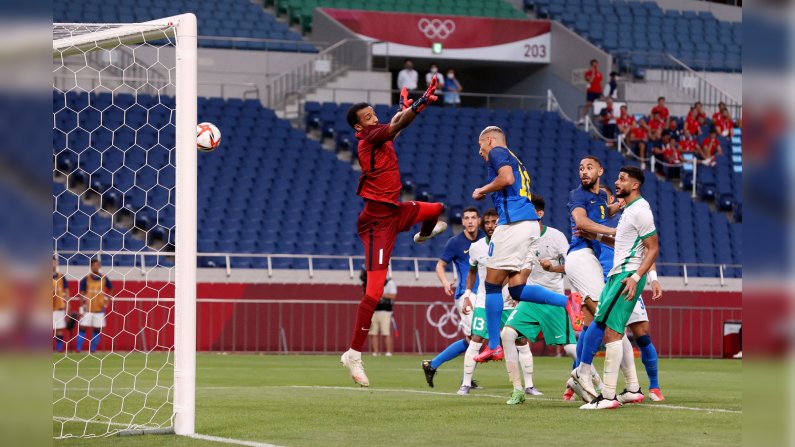 Picture : Richarlison is the new leader of the OLYMPIC Goal Scorer Ranking.

-       Olympic Vice- Champion 2016 in Rio, Germany  is out at the Olympics 2020 in Japan ! However it was only a reserve team, it is a surprise that Ivory Coast eliminates the German team, reaching only for the second time in the Olympic History (after 2008)  the Quarter Finals !

-       After a surprise defeat against New Zealand in the first olympic match, South Korea’s Olympic Team has scored 10 goals in the two matches against Romania and Honduras, collecting the first place of their group and two Goal Scorers, Hwan ui-Jo and Lee Kang-in, already scoring 3 goals in the Tournament !

-       New Zealand ,with the IFFHS OFC Player of the Decade Chris Wood, qualified for the quarter finals for the FIRST time in the Olympic History ! Romania and NewZealand finished their pool with four points each, but New Zealand went through on goal difference !

-       With two goals against Saudi Arabia, Brazil’s striker Richarlison became the leader of the Olympics 2020 Goal Scorer Ranking. Added to the 3 goals against Germany, his total came to 5, one more than French striker Pierre André Gignac.

-       Japan won his 3 Olympic matches and their star Takefusa Kubo scored one goal in each game ! Since 1996, Japan’s Olympic team participated to all Games and finished at the best place, the 4th in 2012 in London. In Tokyo, it is time to enter in the History !

-       Winner of the Gold Medal in 1992 in Barcelona, after a first Olympic Gold in Antwerp 1920, Spain has assured his qualification for the Quarter Finals. The young generation with Pedri, Olmo, Torres, Garcia,Ceballos, Gil … has ambitions !

-       Mexico , winner of the Olympic Gold in London 2012, has also a great new generation in his squad with Alexis Vega, impressive during all games ! 25 years after his last appearance at the Olympic Games, France was eliminated without chance. The Olympic Gold of 1984 is far …

Egypt’s Olympic Team will play his 6th Quarter Final in Olympic Games History ! The goal of Ahmed Yasser Rayan brought the Egyptians on the winning way against Australia and they can dream, their best result was a 4th place in … Tokyo 1964 !