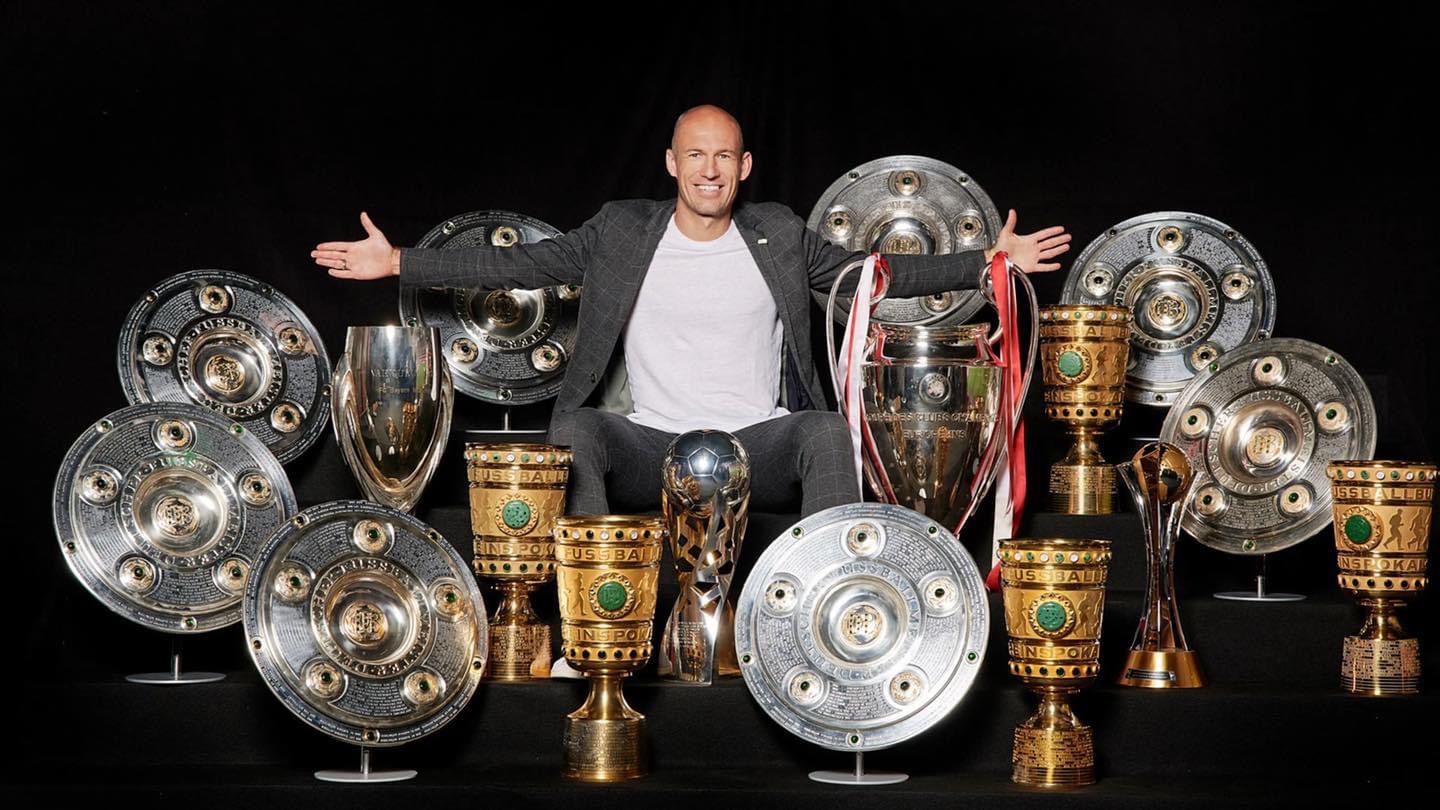 Picture : a collection of titles for Arjen Robben with FC Bayern !

"I've decided to stop with my active football career. It was a difficult choice," said the 37-year-old of his decision, which was also confirmed by FC Groningen, his first and last club. One of the fastest and most skillful dribblers, with a devastating left foot, made his debut at FC Groningen during the 2000-01 season, before a transfer to PSV in 2002-03 where he won the Champion title of Netherlands. His first overseas transfer came two years later when he went to Chelsea and played an important role in helping the London club win the English Premier League in 2005 and 2006.