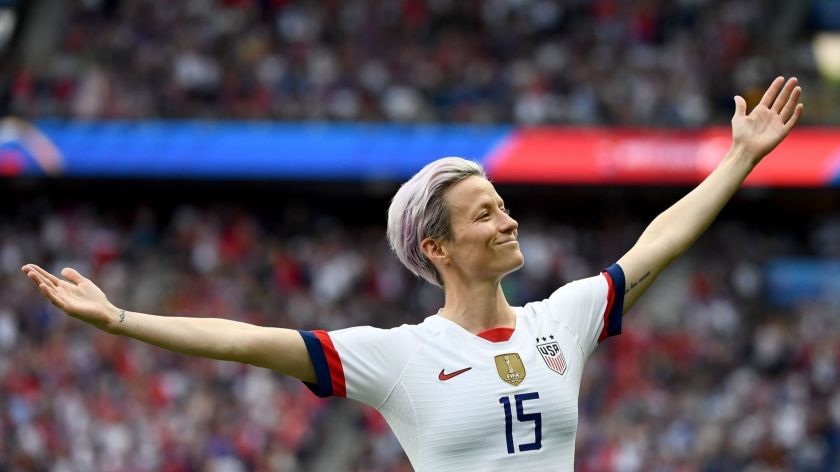 THE AWARD FOR MEGAN RAPINOE

The World Cup 2019 has allowed US Playmaker Megan Rapinoe to win the IFFHS Award of The World’s Best Woman Playmaker for the first time.

Her performances as the leader, the Playmaker and the Goal scorer of the US Team convinced the 90 IFFHS experts from all continents to vote Megan Rapinoe as the Playmaker of the year with a margin before the reference of the women Playmakers in the World, Germany’s and Olympique Lyonnais Star Dzsenifer Marozsan, already winner of this Award two times (2016, 2018) and ranked second three times (2015, 2017, 2019) !

Marta, winner of the first Award of the category in 2012, took place on the podium before US shooting star Rose Lavelle and French Amandine Henry.

It was the year of Megan Rapinoe, World Champion with USA and winner of the IFFHS Award !