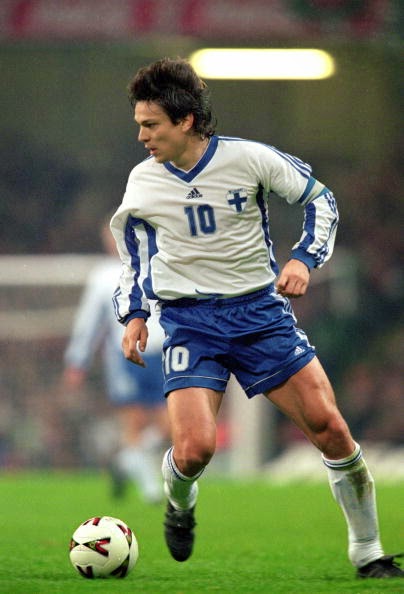 Oldest goal-scorer (including qualification): Jari LitmanenFinland striker Jari Litmanen is the oldest goal-scorer in European championship history, including qualifiers and final tournaments. In 2010, he scored a goal in the qualifying match against San Marino at the age of 39 years 270 days.4 players in the history of the competition have scored goals aged 37 and over. Two of them did it in the final stage (Ivica Vastić and Zoltán Gera).