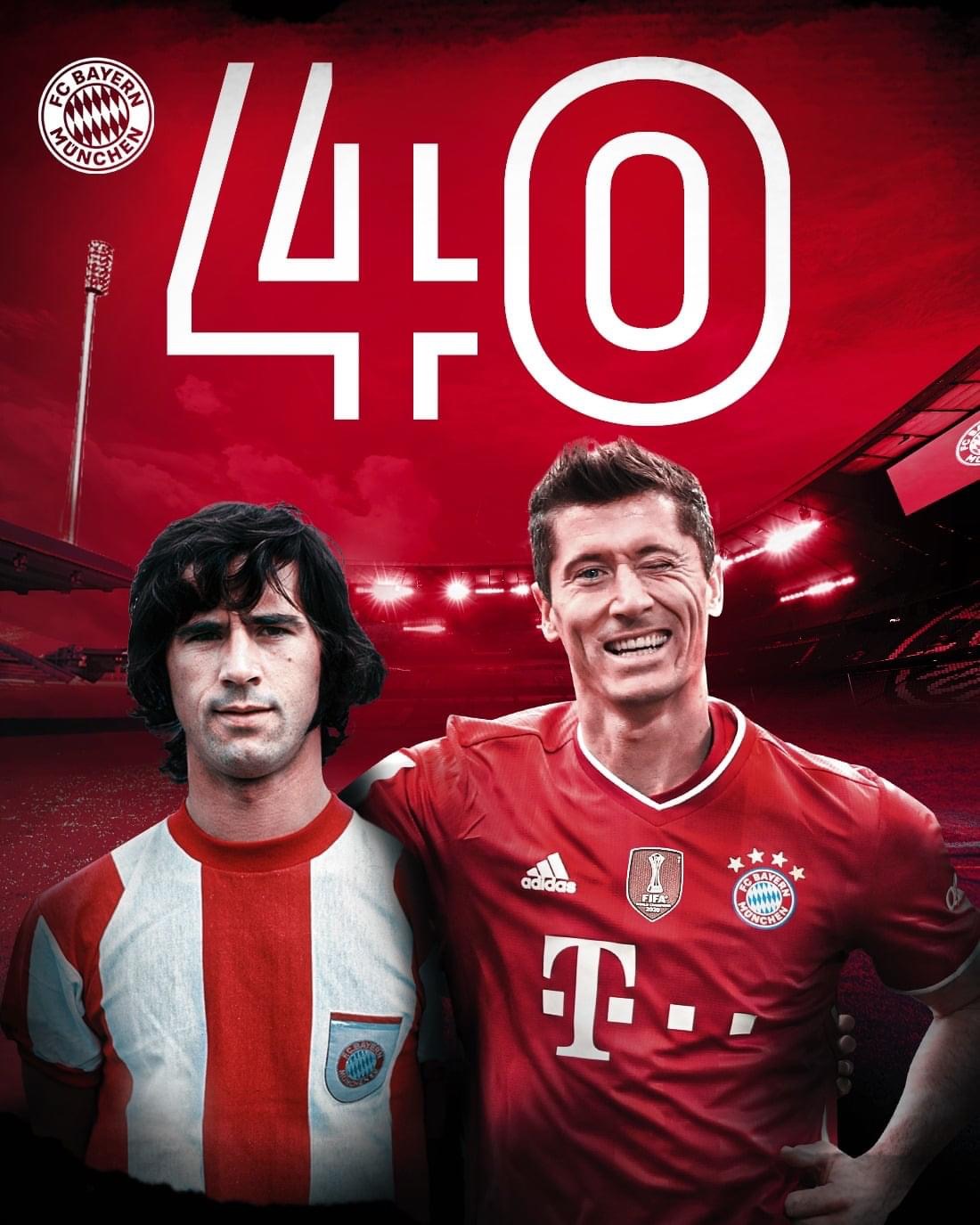 Robert Lewandowski by opening the scoring for Bayern Munich against Freiburg today with his 40th goal , equals a long-standing Bundesliga goals record set by his 28th game of the season 2020/21 ! One match next Saturday in München against Augsburg can allow him to beat definitively Gerd Muller’s record (40 goals in the season 1971/72) !

The wife of Gerd Muller says the former Bayern Munich legend would be happy to see Robert Lewandowski equal his 49-year-old Bundesliga goal record with the Poland striker just one short. Lewandowski is now on 40 league goals this season — equal to Muller's record of 40 scored in the 1971/72 Bundesliga season. Gerd Muller, 75, is currently in poor health. During his stellar career, Muller scored a total of 365 goals in 427 Bundesliga games, but has been in a care home since November 2015. "Gerd would be happy for him.He would be the first to congratulate him. » said Uschi Muller.