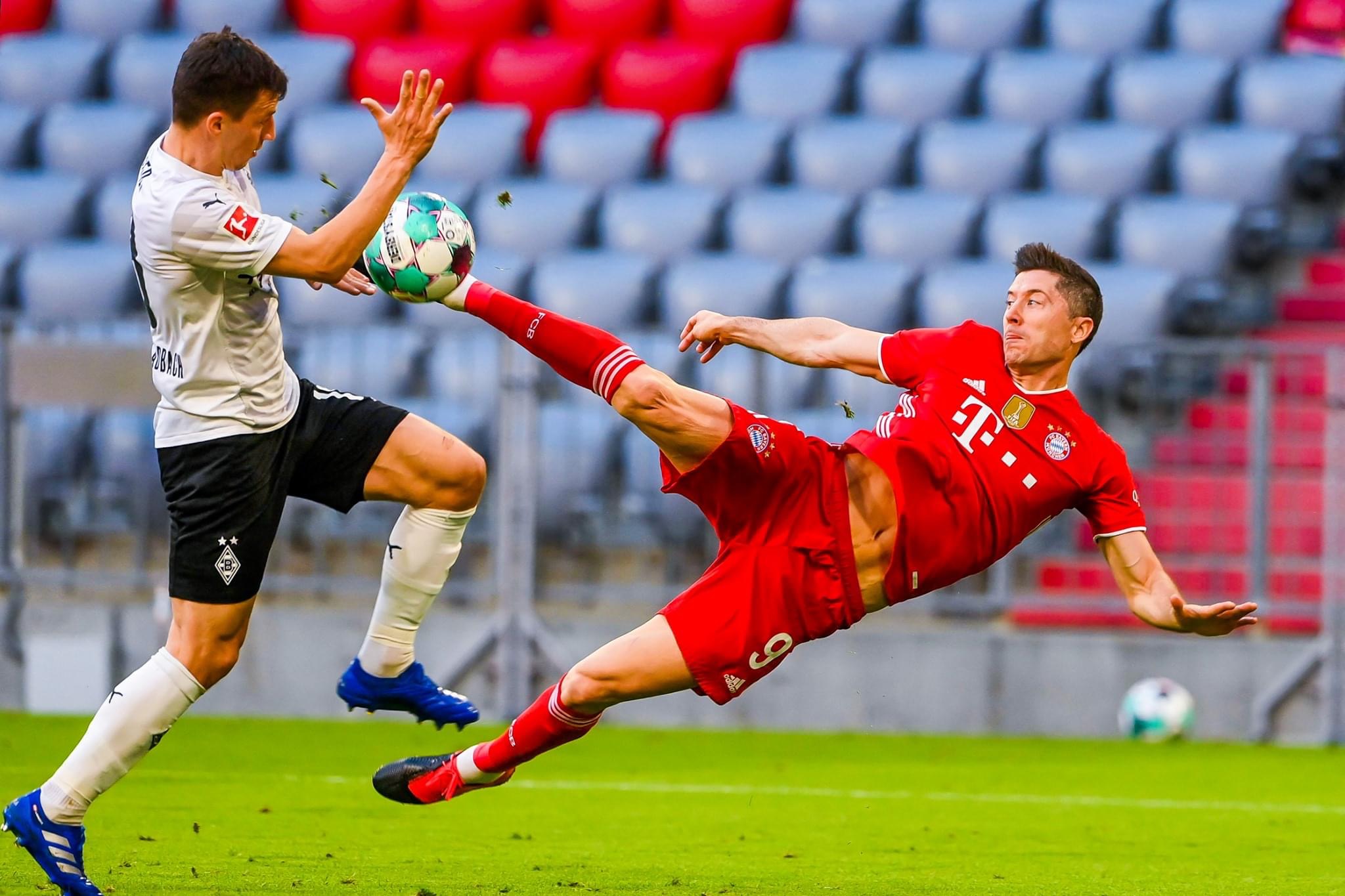 Picture : One of the 3 goals of Robert Lewandowski against Moenchengladbach today.

502 top-level goals of Lewandowski!Today, on May 8,2021, Robert Lewandowski has scored his top level goals number 500, 501and 502 in the career ! This event happened in the Bundesliga game FC Bayern vs VFL Moenchengladbach (6-0) today.

32-years old Lewandowski became 23rd player and the first Pole in the football history to achieve this feat. He scored 66 goals for the national team and 436 goals for 3 clubs (Lech Poznan, Borussia Dortmund, Bayern München). The goal scored during his early career for low-ranked Polish clubs are not counted.The first of his 502 top-level goals is dated by 17 July 2008 in the game of UEFA Cup Lech Poznan vs Khazar Lenkoran (1:0).His most productive game was the Bundesliga game Bayern vs Wolfsburg (5:1) on 22 September 2015 when Robert came as a sub on 46th minute and netted 5 times during just 9 minutes (since 51st to 60th).In total, Lewandowski took 714 games for scoring 502 goals.