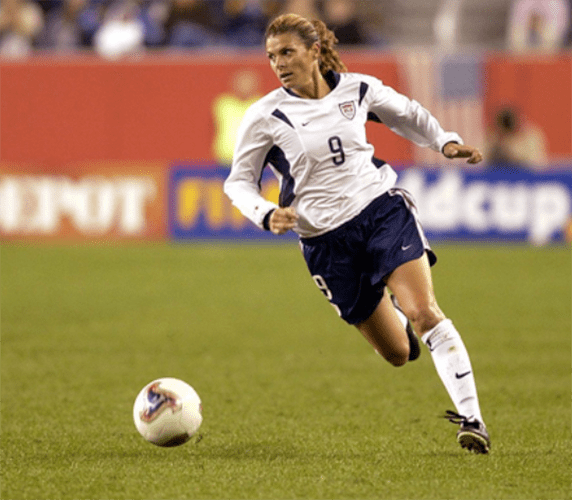 Picture : Mia Hamm was crowned as THE WORLD'S BEST WOMAN PLAYER OF THE XXth CENTURY.

All results were published in two books (see pictures) and all the winners were crowned in two WORLD FOOTBALL GALAS in Germany in 2000 and 2001.