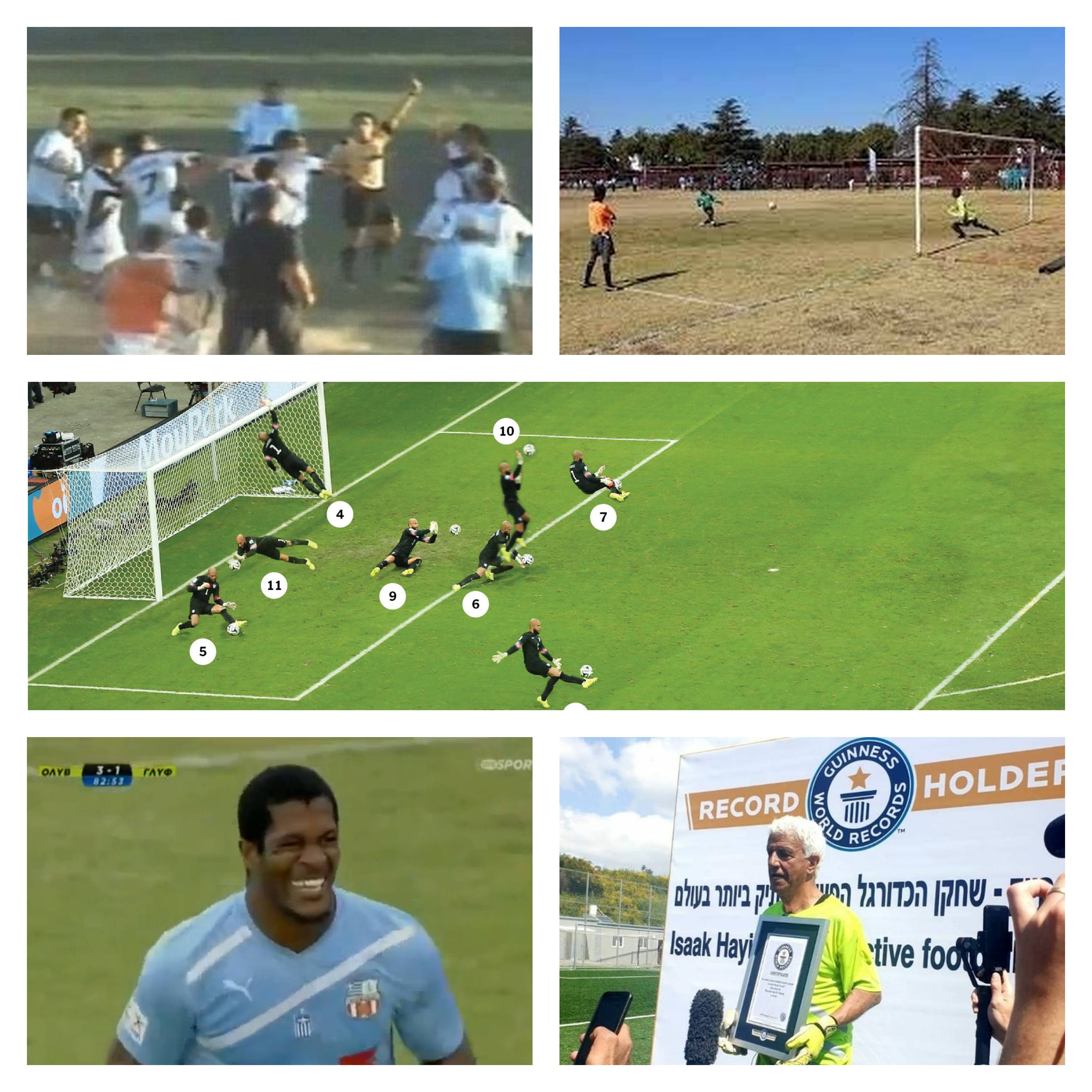 Most saves in a World Cup match

USA goalkeeper Tim Howard was unfortunate to be on the losing side in the World Cup round-of-16 tie in 2014. He set a record by making 16 saves in the match, but the USA were beaten 2-1 after the game went to extra-time against Belgium.

Most red cards in a single match

Crazy scenes broke out in an Argentinian match between fifth-tier rivals Claypole and Victoriano Arenas in 2011.Two players were sent off in the first half and in the second, a mass brawl broke out that saw managers, coaches and even some fans join in. Referee Damian Rubino showed a total of 36 red cards.

The record for the longest penalty shootout in history belongs to KK Palace and Civics, who needed 48 penalties to settle their Namibian Cup tie in 2005. The game finished 2-2 after normal time before KK Palace held their nerve to prevail 17-16 in the shootout. Some players even had to take three spot kicks in the shootout.

Israeli goalkeeper Isaak Hayik became the oldest active footballer on April 5, 2019, when he played a full competitive match for Maccabi Ironi Or Yehuda at the age of 73 years and 95 days.