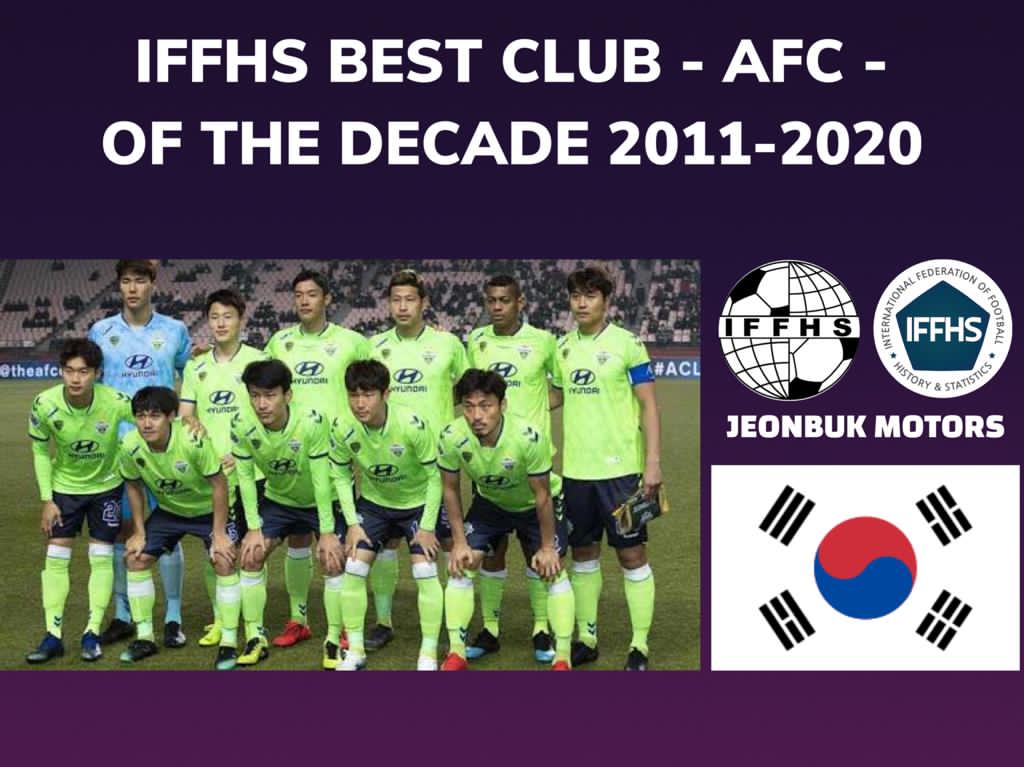 The yearly points scored by the clubs in the CLUB WORLD RANKING by IFFHS are added from 2011 to 2020 to determine the  Continental ranking. So South Korea's Jeonbuk Motos FC was crowned as THE BEST AFC CLUB OF THE DECADE 2011-2020 with a little margin before Saudi Arabia's Al Hilal FC, the winner of the first decade Ranking 2001-2010, and another korean rival, Ulsan Hyundai FC. Five South Korean and two Saudi Arabia clubs took place in the AFC Top 10, showing the domination of these countries in Asia during the last ten years.