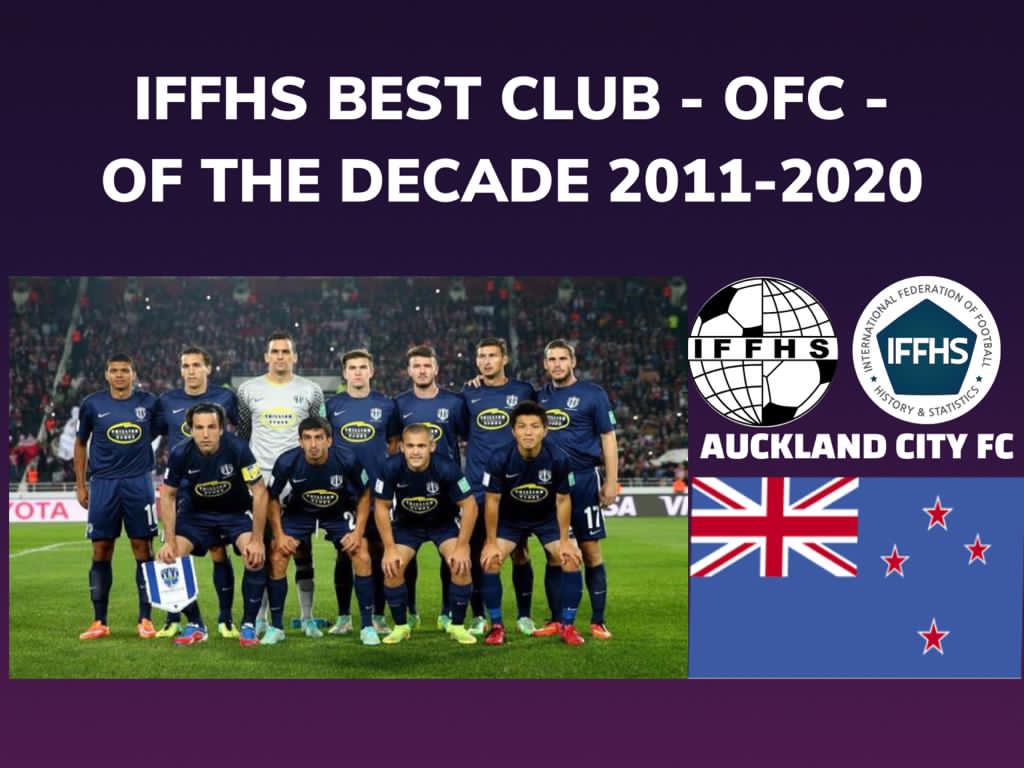 Like for the first decade (2001-2010) of the XXIst Century, Auckland City FC , New Zealand's major team, was crowned again as THE BEST OFC CLUB OF THE DECADE 2011-2020 before Team Wellington his local rival and New Caledonia's best team AS Magenta. The yearly points scored by the clubs in the CLUB WORLD RANKING were added from 2011 to 2020 to determine the Continental Ranking.