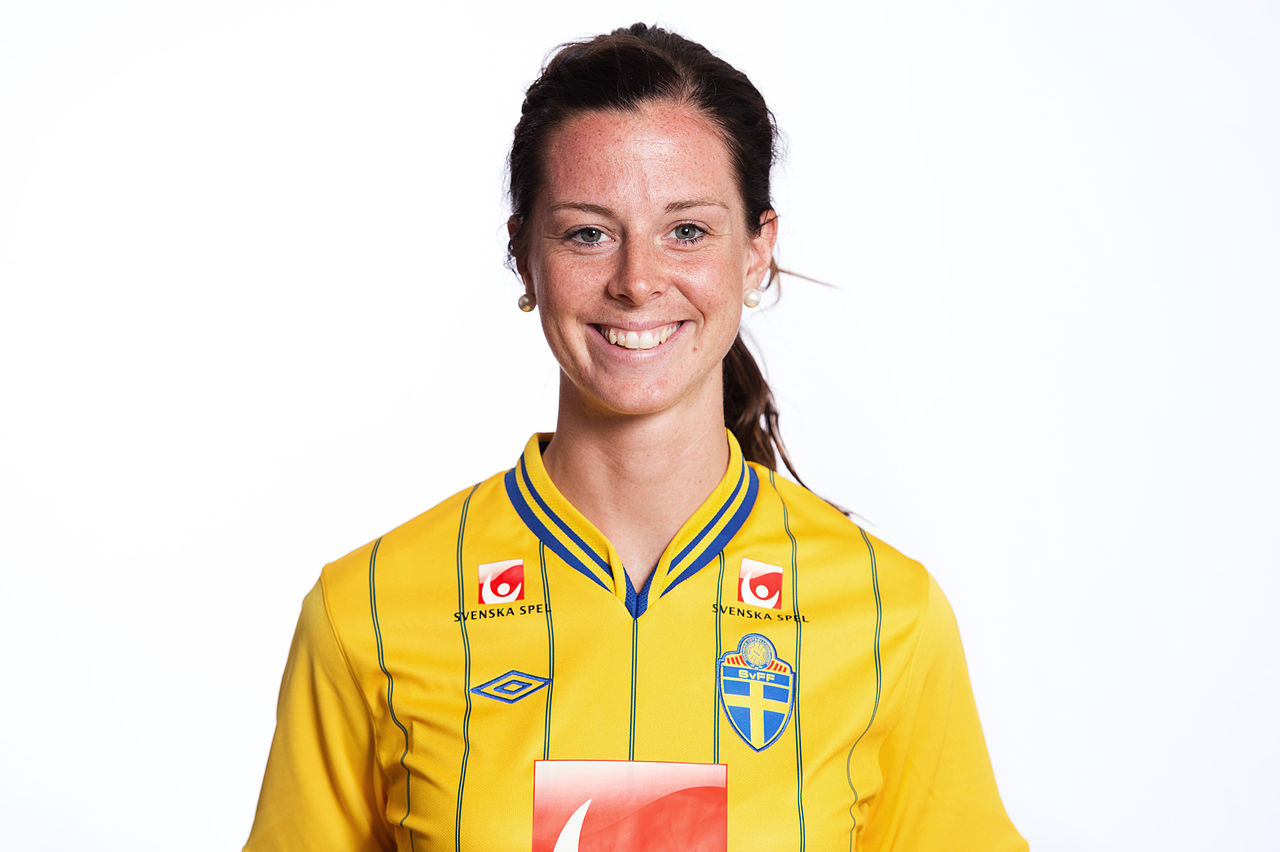 She is a Swedish former professional footballer who most recently played as a striker for FC Rosengård of the Damallsvenskan. She made her debut for the Sweden national team in March 2004 and was appointed joint alongside Caroline Seger in October 2012. Schelin has represented her country in the 2005, 2009, 2013 and 2017 editions of the UEFA Women's Championship, as well as the 2007, 2011 and 2015 FIFA Women's World Cups. She also played at the Olympic football tournaments in 2004, 2008, 2012, and 2016. In October 2014 Schelin became Sweden's all-time record goalscorer by scoring her 73rd international goal in a friendly defeat by Germany. Schelin began her senior club career with Kopparbergs/Göteborg FC (then known as Landvetter FC) in 2001. She developed into a prolific goalscorer in the Damallsvenskan then made a lucrative transfer to Olympique Lyon in 2008, rejecting a competing offer from the American Women's Professional Soccer league. During her eight-season stay at Lyon she won eight consecutive Division 1 Féminine titles, five Coupes de France Féminine, three UEFA Women's Champions Leagues and was the top goalscorer in the 2012–13 and 2014–15 Division 1 Féminine seasons. In 2013, she became the first foreign UNFP Player of the Year. In 2016, she returned to Swedish football with FC Rosengård, departing Lyon as the French club's all-time record goalscorer with 225 goals in 225 appearances. She has been awarded Diamantbollen (the Diamond Ball), given to the Swedish player of the year, a record five times, including four consecutive times from 2011 to 2014. On 30 August 2018, she announced her retirement due to chronic head and neck pain resulting from an injury suffered while playing for FC Rosengård in 2017. In March 2004 Schelin scored twice on her debut for the Swedish under-21 team, in their 6–0 win over the full Republic of Ireland national team in Dublin. She previously scored three goals in six appearances for Sweden's under-16 team and two goals in seven appearances for the under-18s. Schelin made her senior national team debut for Sweden on 16 March 2004; a 3–0 Algarve Cup defeat by France. In the fifth place play-off against China, Schelin was praised for scoring in Sweden's penalty shootout win after a 1–1 draw. She had been called into the squad as a replacement for Sara Johansson who had flu. Schelin retained her place and represented her nation at the 2004 Summer Olympics in Athens. Throughout this period, Schelin endured injuries to the groin and hamstring, which required extensive rest. She was selected by coach Marika Domanski-Lyfors for UEFA Women's Euro 2005 in North West England. She entered play as a second-half substitute but failed to score as Sweden lost 3–2 to rivals Norway in extra time of the semi-final in Warrington. Schelin was a key player in the 2006 edition of the Algarve Cup; leading Sweden to their third-place finish. She scored the only goal in the bronze medal victory over France. After overcoming her injury problems, Schelin was awarded the Diamond Ball as the country's best female football player. That same year, she was named the Forward of the Year in the Damallsvenskan. Schelin's success brought her to mainstream attention in her country and she was rewarded with selection to attend the 2007 FIFA Women's World Cup draw in China on behalf of Sweden. At the World Cup in China, Schelin scored two goals in three matches (one start) but Sweden unexpectedly failed to progress out of their group. After that failure some experienced players retired and coach Thomas Dennerby gave Schelin and other younger players a more prominent role in the team. Back in China the following year for the 2008 Beijing Olympics, she contributed three goals in four games but the Swedes lost 2–0 to Germany in the quarter-final. Schelin helped Sweden to a bronze medal position at the 2011 FIFA Women's World Cup in Germany and was named in the All-Star Team. She featured in Sweden's 3–1 semi-final defeat to eventual winners Japan in Frankfurt. Sweden secured third place by beating France 2–1 in Sinsheim, Schelin scoring her second goal of the tournament. Third place also ensured Sweden's qualification for the 2012 Olympic football tournament in London. Dennerby kept Schelin in Sweden's Olympic squad for London,&nbsp;where they lost to France in the quarter-finals. Schelin scored twice in four matches but felt Dennerby's emphasis on defence had left her isolated in Sweden's attack. 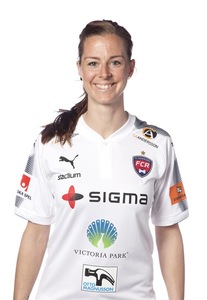 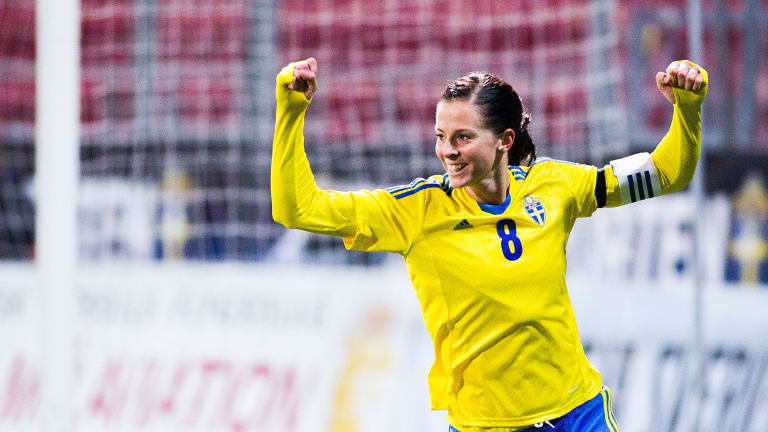 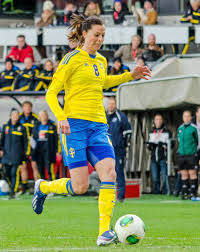 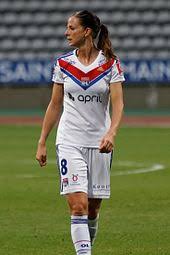