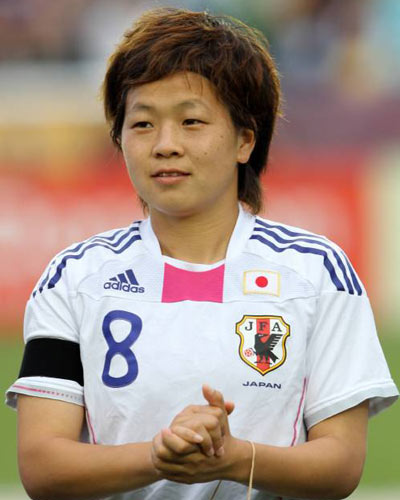 She is a former Japanese football player. She played for the Japan national team starting in 2003, and from 2012-2016 served as captain of the team. She appeared in four World Cups from 2003-2015, including the team that won the 2011 World Cup for Japan. Miyama also led Japan to a silver medal at the 2012 Summer Olympics in London. Miyama was born in Ōamishirasato, Sanbu District, Chiba Prefecture, citation needed on 28 January 1985 . She started her career as a football player in the club her father founded. She later joined Nippon TV Beleza in 1999 after playing with their youth team, but when she was in eleventh grade, she left the team and went to the high school football club. Even among male players, she kept playing football. Miyama joined L.League side Okayama Yunogo Belle in 2001, having received an invitation from Midori Honda, the coach. Aya Miyama (Left) playing for Saint Louis Athletica against the Boston Breakers. Kelly Smith is pictured on the right. On 24 November 2008, Miyama was selected by Los Angeles Sol of the U.S. Women's Professional Soccer (WPS) in the 2008 WPS International Draft, and joined Sol in 2009. In the 2009 Women's Professional Soccer season, she had 6 assists but no goals. When the Sol disbanded in early 2010, she was taken by Saint Louis Athletica. Miyama signed as a free agent with the Atlanta Beat on 10 June 2010. Miyama returned to Okayama Yunogo Belle in September 2010. She left the club at the end of the 2016 season. In the 2007 World Cup< held in Shanghai, China, Miyama performed brilliantly in Japan's match against England, scoring the team's two goals both on direct free kicks, leading Japan to a draw. In Japan's first group stage match of the 2011 World Cup, she scored the go-ahead goal in Japan's win against New Zealand on a scorching 68th minute free kick, and was named Player of the Match. At the 2011 World Cup in Frankfurt, Germany, Miyama scored the winner – a curling free kick – to help Japan beat New Zealand, and netted Japan's first goal in the final against USA. Miyama also scored Japan's first penalty of the eventual penalty shoot-out in the final which ended 2–2 after extra time. Her team won 3–1 in the penalty shoot-out, making Japan the first Asian team to lift the World Cup. At the moment of victory, Miyama did not join her teammates in celebration, but instead went to the USA players to hug them and congratulate them on a good game. This has been reported both by Hope Solo and the Japanese media as evidence of Miyama's sportsmanship and respect for her opponents. Miyama was named the AFC Women's Footballer of the Year in 2011, 2012 and 2015. At the 2012 Summer Olympics, she led the team to the silver medal as a captain. At the 2015 World Cup, Japan won 2nd place. At 2016 AFC Women's Olympic Qualifying Tournament, Japan failed to qualify for the 2016 Summer Olympics following the tournament, she retired from the national team. She played 162 games and scored 38 goals for Japan. 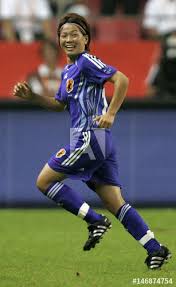 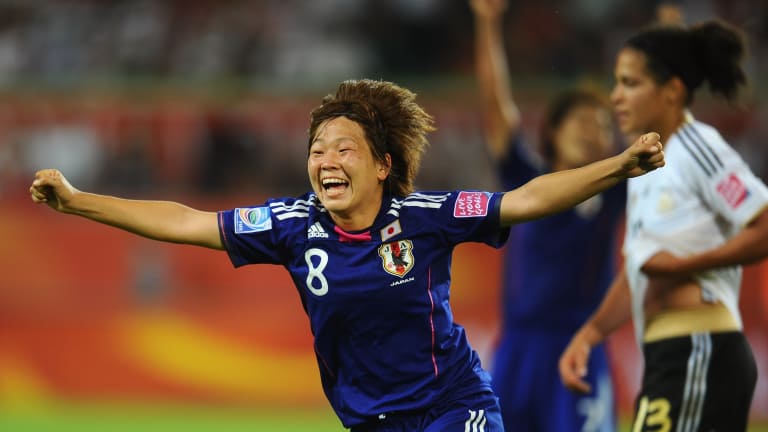 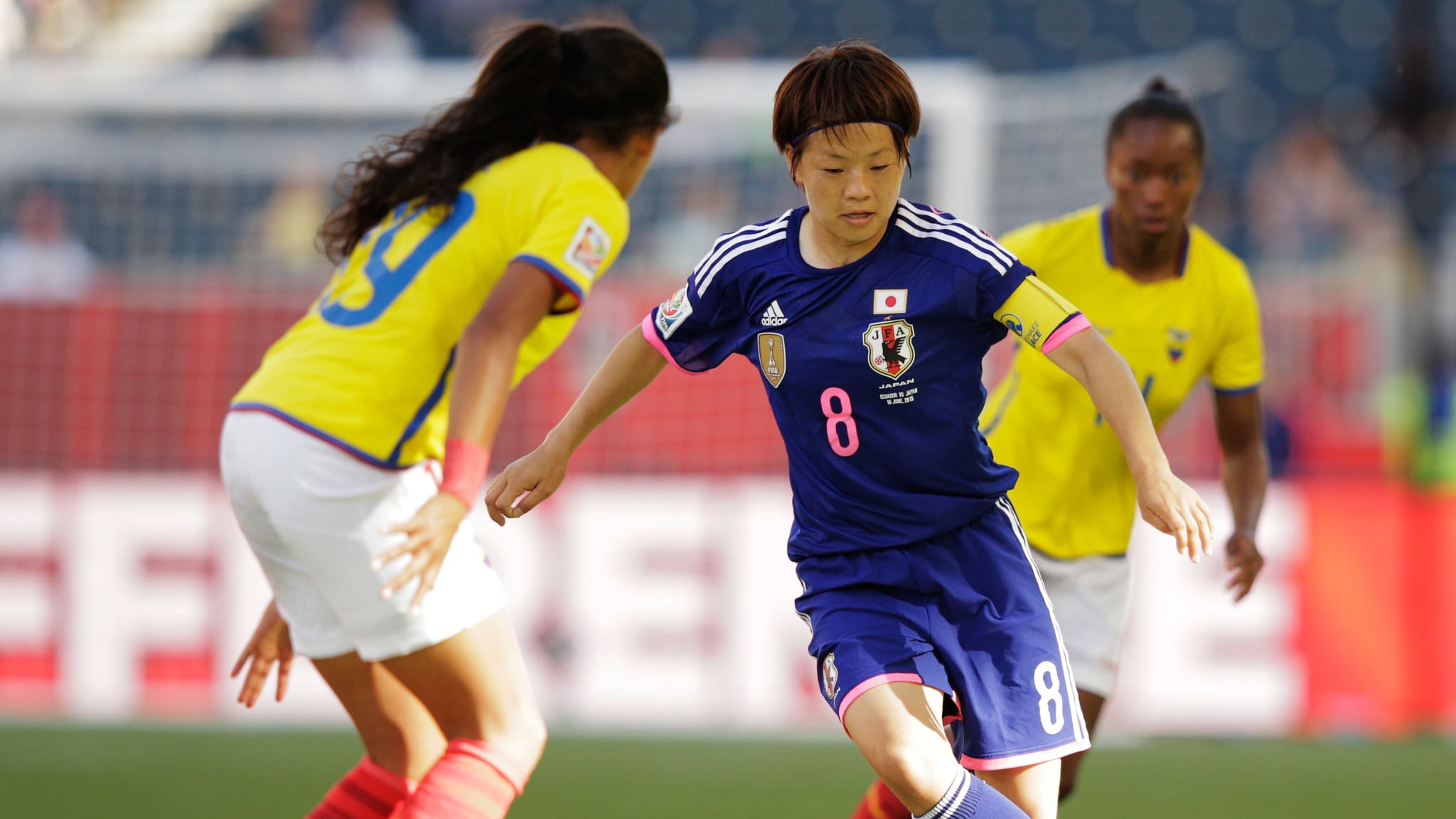 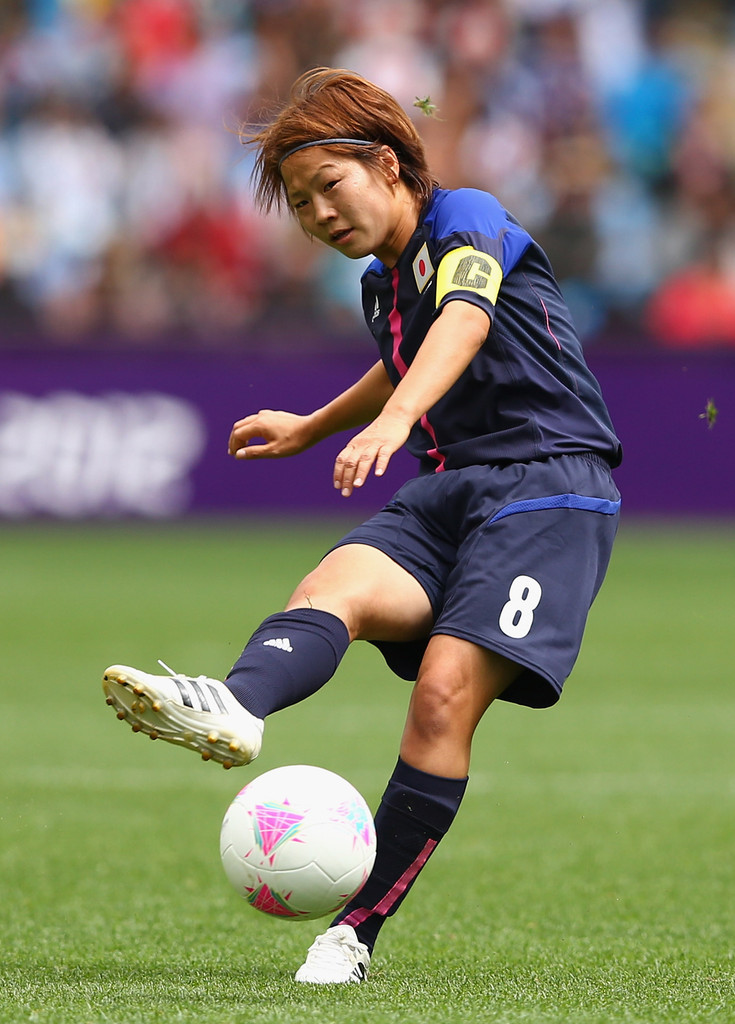