she is an American retired soccer midfielder, two-time FIFA Women's World Cup champion and Olympic gold medalist. She played for the United States women's national soccer team from 1987–2004. Foudy finished her international career with 274 caps and served as the team's captain from 2000–2004 as well as the co-captain from 1991–2000. In 1997, she was the first American and first woman to receive the FIFA Fair Play Award. From 2000–2002, Foudy served as president of the Women's Sports Foundation. In 2006, she co-founded the Julie Foudy Sports Leadership Academy, an organization focused on developing leadership skills in teenage girls. In 2007, she was inducted into the National Soccer Hall of Fame with her teammate, Mia Hamm. She is currently an analyst, reporter and the primary color commentator for women's soccer telecasts on ESPN. Foudy is the author of&nbsp;Choose to Matter: Being Courageously and Fabulously YOU and appeared in the HBO documentary Dare to Dream: The Story of the U.S. Women's Soccer Team. She was the executive producer of the documentary short, An Equal Playing Field, starring Christen Press and producer of the ESPN Nine for IX episode entitled, The 99ers featuring some of her teammates from the 1999 FIFA Women's World Cup-winning U.S. national team. Foudy has served as an in-studio analyst for ABC, ESPN and ESPN2's coverage of the 2006 FIFA World Cup and UEFA Euro 2008, and has provided on-air commentary and analysis during United States Women's National Team matches since then. She has also coanchored ABC and ESPN telecasts of the 2007 FIFA Women's World Cup and the 2007 season of Major League Soccer, including the MLS Cup. She appeared as a pundit for the ESPN coverage of the UEFA Euro 2008 championship finals, together with Andy Gray and Tommy Smyth. For the 2010 FIFA World Cup, she served as a reporter and analyst, doing features, interviews and analysis in South Africa for ESPN. Foudy is also a reporter for ESPN's investigative program, Outside the Lines. She served as a sportsdesk reporter for NBC Sports coverage of the 2008 Summer Olympics. She also fills in for Dana Jacobson on ESPN First Take. Since late-2010, Foudy has been paired with Glenn Davis or Ian Darke on ESPN's primary broadcast team for women's soccer telecasts, as was the case for the 2011 FIFA Women's World Cup. On Aug. 20th, 2013, ESPN Films teamed up with Foudy to premiere their new Nine for IX film on the 1999 Women's World Cup Team, The 99ers. The film, directed by Erin Leyden, and produced by Foudy, tells the incredible story of the 1999 United States women's national soccer team, using Foudy's personal behind the scenes footage. Reuniting key players from the 1999 squad and talking with current U.S. players as well, the film examines how women's soccer – and women's sports as a whole – has changed since that epic day at the Rose Bowl. Foudy worked as ESPN's reporter from the 2018 Winter Olympics and the 2019 FIFA Women's World Cup. 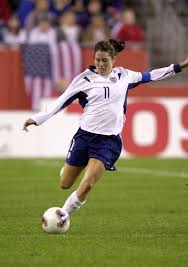 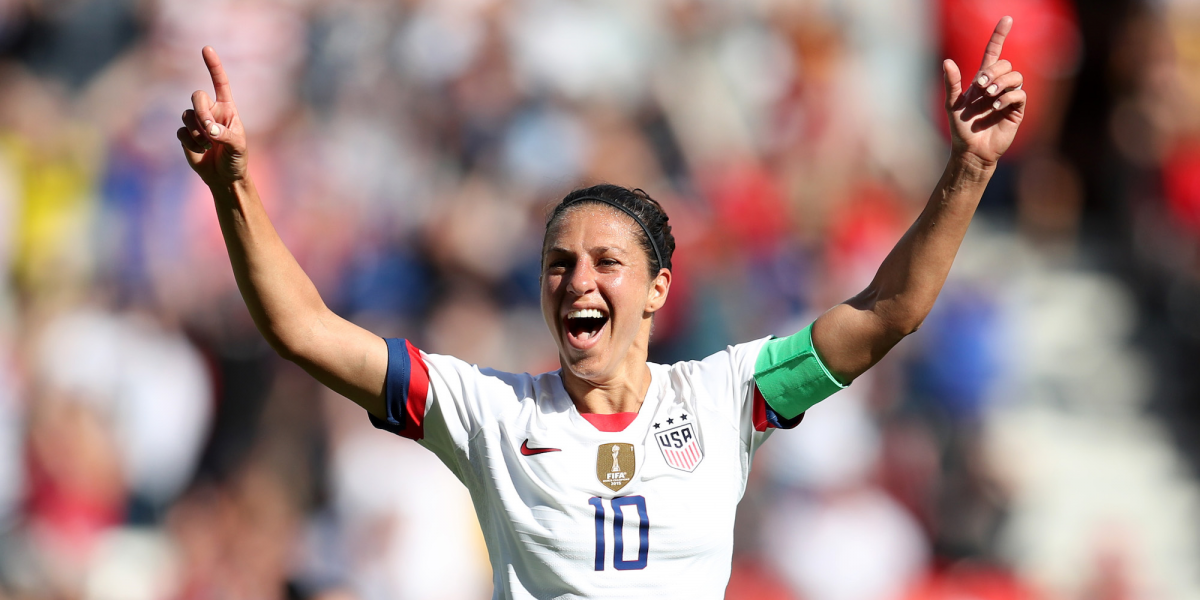 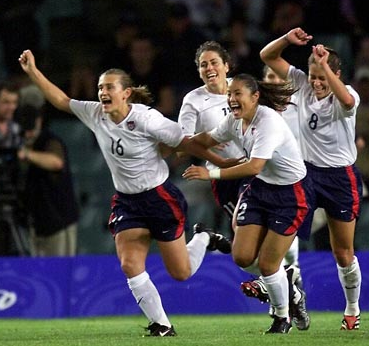