He is a Dutch football coach and former player. He is currently the coach of the PSV Eindhoven under-19s team. A former striker, he is the sixth-highest goalscorer in UEFA Champions League history with 56 goals. He is a three-time UEFA Champions League top scorer, as well as a top scorer in three different European domestic leagues. Van Nistelrooy began his career with Den Bosch, before moving onto Heerenveen, eventually making a name for himself at PSV Eindhoven, where he won two Eredivisie titles. His goalscoring record at PSV attracted attention from Manchester United a deal was in place in the summer of 2000, but because of injury problems, his move was secured a year later for a then British record fee of £19&nbsp;million. His time at United was successful, winning the Premier League, FA Cup, Football League Cup and FA Community Shield, along with winning the Sir Matt Busby Player of the Year twice. Van Nistelrooy hit 150 goals in just 219 games for United, as well as becoming, at the time, their all-time European record goalscorer, but fell out of favour towards the end of his tenure. Real Madrid then secured his services in 2006. Although an injury blighted the end of his days with Madrid, he won La Liga twice and the Supercopa de España before signing for Hamburger SV during the January transfer window in 2010. After one-and-a-half seasons with Hamburg, he moved back to Spain with Málaga in the summer of 2011. His retirement from football was announced on 14 May 2012.Internationally, Van Nistelrooy represented the Netherlands on 70 occasions, netting 35 times. He was part of the Euro 2004, 2006 World Cup and Euro 2008 squads. 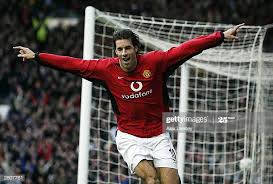 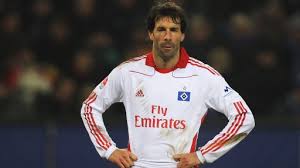