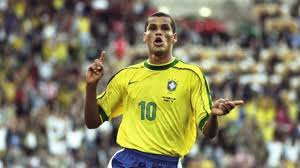 He is a Brazilian former professional footballer. He played mainly as an attacking midfielder but also as a second striker. Often considered one of the best players of his generation, Rivaldo is also regarded as one of the greatest of all time. Labelled a "bandy-legged genius" by The Guardian (due to being bowlegged), although he was predominantly left footed he was capable of playing on either flank, and was on occasion deployed as a wide midfielder or as a winger. Rivaldo spent five years with Spanish club Barcelona, where he formed a successful partnership with Patrick Kluivert, and won the 1998 and 1999 Spanish La Liga championship and the 1998 Copa del Rey. With 130 goals for Barcelona he is the club's ninth highest goalscorer. His three goals against Valencia in June 2001 which qualified Barcelona for the Champions League, the last goal of which was a last minute 20-yard winner, is often ranked the greatest hat-trick ever. From 1993 and 2003, Rivaldo played 74 matches and scored 35 goals for Brazil and is the seventh highest goalscorer. He helped Brazil reach the final of the 1998 FIFA World Cup, and won the 1999 Copa América where he was named player of the tournament. Rivaldo starred alongside Ronaldo and Ronaldinho in the 2002 FIFA World Cup winning team. Scoring in five of Brazil’s seven games at the tournament (including a feint that set up Ronaldo for the second goal in the final), Rivaldo was named in the FIFA World Cup All-Star Team in 2002 having also previously been selected in 1998. One of the most skillful and creative players of his generation, Rivaldo was renowned for his bending free kicks, bicycle kicks, powerful ball striking from distance, and ability to both score and create goals. In 1999, he won the Ballon d'Or and was named FIFA World Player of the Year. In 2004, he was named by Pelé in the FIFA 100 list of the world's greatest living players. He is an inductee to the Brazilian Football Museum Hall of Fame. In March 2014, Rivaldo announced his retirement from professional football, however since June 2015 he made appearances for Mogi Mirim. On August 14, 2015, he announced that the comeback was over and that he was retiring once again.In 2015, he acted in the Iranian-Brazilian film I Am Not Salvador. In 2018, Rivaldo was added as an icon to the FIFA video game FIFA 19. 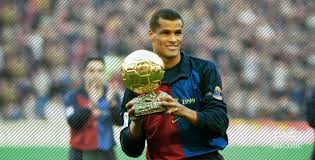 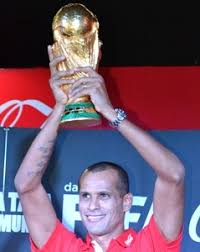 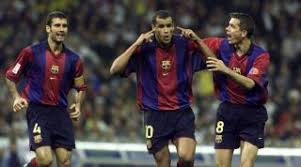 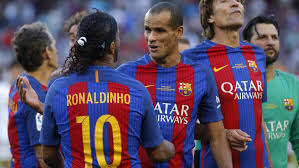