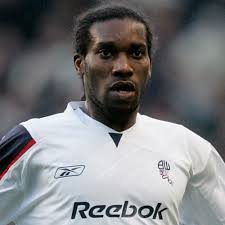 He is a Nigerian former professional footballer who played as an attacking midfielder. A quick and skillful playmaker, who is considered as the best Nigerian and one of the best African players of all time, Okocha was known for his confidence with the ball, technique, creativity, and dribbling skills, as well as his use of feints, in particular the stepover. Due to his skill, he was described as being 'so good that they named him twice' (a line immortalised in a terrace chant while Okocha played for Bolton Wanderers). Ugustine Azuka "Jay-Jay" Okocha was born in Enugu, Enugu State. His parents lived in Iwo local Government, Osun State, Nigeria. The name Jay-Jay was passed down from his elder brother James, who started playing football first; his immediate elder brother, Emmanuel was also called Emma Jay-jay, but the name stuck with Okocha instead. He began playing football on the streets just like many other football stars, usually with a makeshift ball. In an interview with BBC Sport he said, "As far as I can remember, we used to play with anything, with any round thing we could find, and whenever we managed to get hold of a ball, that was a bonus! I mean it was amazing!" In 1990, he joined Enugu Rangers. In his time at the club he produced many spectacular displays including one where he rounded off and scored a goal, against experienced Nigerian goalkeeper William Okpara in a match against BCC Lions. Later that year, he went on holiday to West Germany, the country that had just won the 1990 FIFA World Cup, so he could watch German league football. His friend Binebi Numa was playing in the Third Division for Borussia Neunkirchen, and one morning Okocha accompanied Numa to training, where he asked to join in. The Neunkirchen coach was impressed with Okocha's skills and invited him back the next day before offering him a contract. A year later, he joined 1. FC Saarbrücken, but stayed only a few months with the 2. Bundesliga side before a move to the 1. Bundesliga with Eintracht Frankfurt. 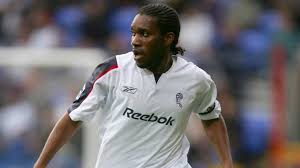 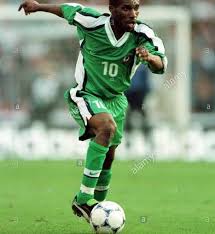 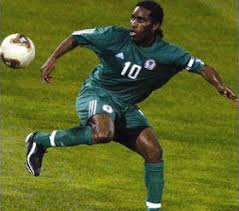 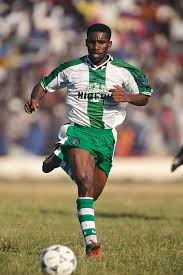