He is a German retired professional footballer who played as a right back or defensive midfielder and spent much of his early career playing left back. He was the captain of Bayern Munich, having led them to numerous honours including the 2013 UEFA Champions League as part of the Treble. He is also a former captain of his national team, which he led to win the 2014 FIFA World Cup, before retiring from international football. Lahm is considered by many to be one of the best defenders of his generation and one of the greatest defenders of all time and was included in the World Cup team of the tournament in 2006, 2010, and 2014, and the UEFA Team of the Tournament in 2008 and 2012 and in the UEFA Team of the Year 2006, 2008, 2012, 2013 and 2014. Although Lahm is right-footed, he is able to play on both sides of the pitch, due to his tactical intelligence and versatility.He often cut from the flank to the inside of the pitch to either shoot and/or pass. In particular, he is renowned for his pace, technique, stamina, and precise tackling abilities, as well as his small stature, which earned him the nickname the "Magic Dwarf". 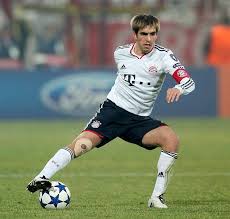 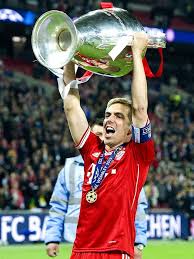 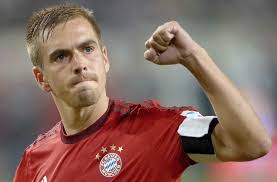