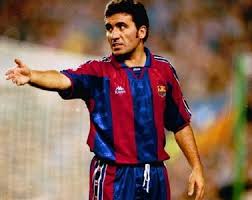 He is a Romanian football manager and former professional player, who played as an attacking midfielder. He is currently the owner and manager of Romanian club Viitorul Constanța. Hagi was considered one of the best players in the world during the 1980s and'90s, and is regarded by many as the greatest Romanian footballer of all time.Fans of Turkish club Galatasaray, with whom Hagi ended his career, called him "Comandante" ("The Commander"), while he was known as "Regele" ("The King") to Romanian supporters.[5] Nicknamed "The Maradona of the Carpathians", he was a creative advanced playmaker renowned for his dribbling, technique, vision, passing and shooting. After starting his playing career in Romania, with Farul Constanța,and subsequently featuring for Sportul Studențesc and Steaua București, he later also had spells in Spain with Real Madrid and FC Barcelona, Italy with Brescia, and Turkey, with Galatasaray; as such, Hagi is one of the few footballers to have played for both Spanish rival clubs Real Madrid and Barcelona. Throughout his club career, he won numerous titles while playing in four different countries: he won three Romanian League titles, two Cupa României titles, and the European Super Cup with Steaua București – also reaching the final of the 1988–89 European Cup –, a Supercopa de España title with Real Madrid, the Anglo-Italian Cup with Brescia, another Supercopa de España title with Barcelona, and four Süper Lig titles, two Turkish Cups, two Turkish Super Cups, the UEFA Cup, and the UEFA Super Cup with Galatasaray. At international level, Hagi played for the Romanian national team in three FIFA World Cups, in 1990,1994 (where he was named in the World Cup All-Star Team after helping his nation to the quarter-finals of the tournament) and 1998; as well as in three UEFA European Championships, in 1984,1996 and 2000. He won a total of 124 caps for Romania between 1983 and 2000,[a] making him the second-most capped Romanian player of all time, behind only Dorinel Munteanu. He is also the joint all-time leading goalscorer of the Romanian national side (alongside Adrian Mutu) with 35 goals. Hagi is considered a hero both in his homeland and in Turkey. He was named Romanian Footballer of the Year, a record seven times, and is regarded as one of the best football players of his generation. In November 2003, to celebrate UEFA's Jubilee, Hagi was selected as the Golden Player of Romania by the Romanian Football Federation as their most outstanding player of the past 50years. In 2004, he was named by Pelé as one of the 125 Greatest Living Footballers at a FIFA Awards Ceremony. In 1999, he was ranked at number 25 in World Soccer Magazine's list of the 100 greatest players of the 20th century. Following his retirement in 2001, Hagi pursued a managerial career, coaching the Romanian national team, as well as clubs in both Romania and Turkey, namely Bursaspor, Galatasaray, Politehnica Timișoara, Steaua București, and Viitorul Constanța. In 2009, he founded Romanian club Viitorul Constanța, which he has coached since 2014; he is currently both the owner and the manager of the club. Hagi also established the Gheorghe Hagi Football Academy, one of the largest football academies in Southeastern Europe. 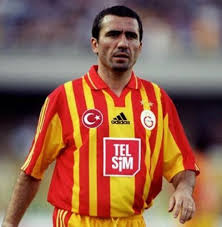 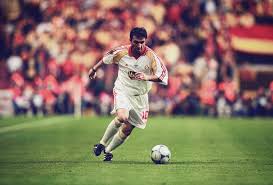 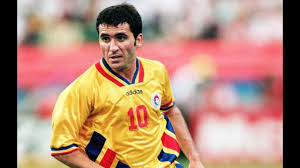 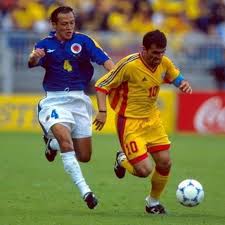