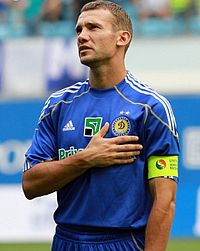 Andriy Mykolayovych Shevchenko (Ukrainian: Андрій Миколайович Шевченко, pronounced [ɐnˈd⁽ʲ⁾r⁽ʲ⁾ij mɪkoˈlɑjowɪtʃ ʃeu̯ˈtʃɛnko]; born 29 September 1976) is a Ukrainian former professional football player, manager, and current politician. He played as a striker for Dynamo Kyiv, A.C. Milan, Chelsea and the Ukraine national team. From February to July 2016, Shevchenko was an assistant coach of the Ukraine national team, at the time led by Mykhaylo Fomenko. In July 2016, shortly after the nation's elimination from UEFA Euro 2016, Shevchenko was appointed Ukraine's head coach. Shevchenko is ranked as the sixth top goalscorer in all European competitions with 67 goals. With a tally of 176 goals scored for Milan, he is the second most prolific player in the history of the club, and is also the all-time top scorer of the Derby della Madonnina (the derby between Milan and their local rivals Inter Milan) with 14 goals. Furthermore, he is the all-time top scorer for the Ukrainian national team with 48 goals. Shevchenko's career has been highlighted by many awards, the most prestigious of which was the Ballon d'Or in 2004 (becoming the third Ukrainian, after Oleg Blokhin and Igor Belanov, to receive it). He won the UEFA Champions League in 2003 with Milan, and he has also won various league and cup titles in Ukraine, Italy and England. He was also a Champions League runner-up in 2005 and 2008. He was named in the FIFA World XI for 2005. In his illustrious international career, the striker led Ukraine as captain to the quarter-finals in their first ever FIFA World Cup appearance in 2006, and also took part at UEFA Euro 2012 on home soil. On 28 July 2012, Shevchenko announced that he was quitting football for politics.[4] He stood for election to the Ukrainian Parliament in the October 2012 Ukrainian parliamentary election,[5] but his party failed to win parliamentary representation.[6][7] 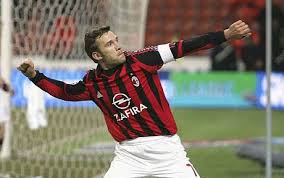 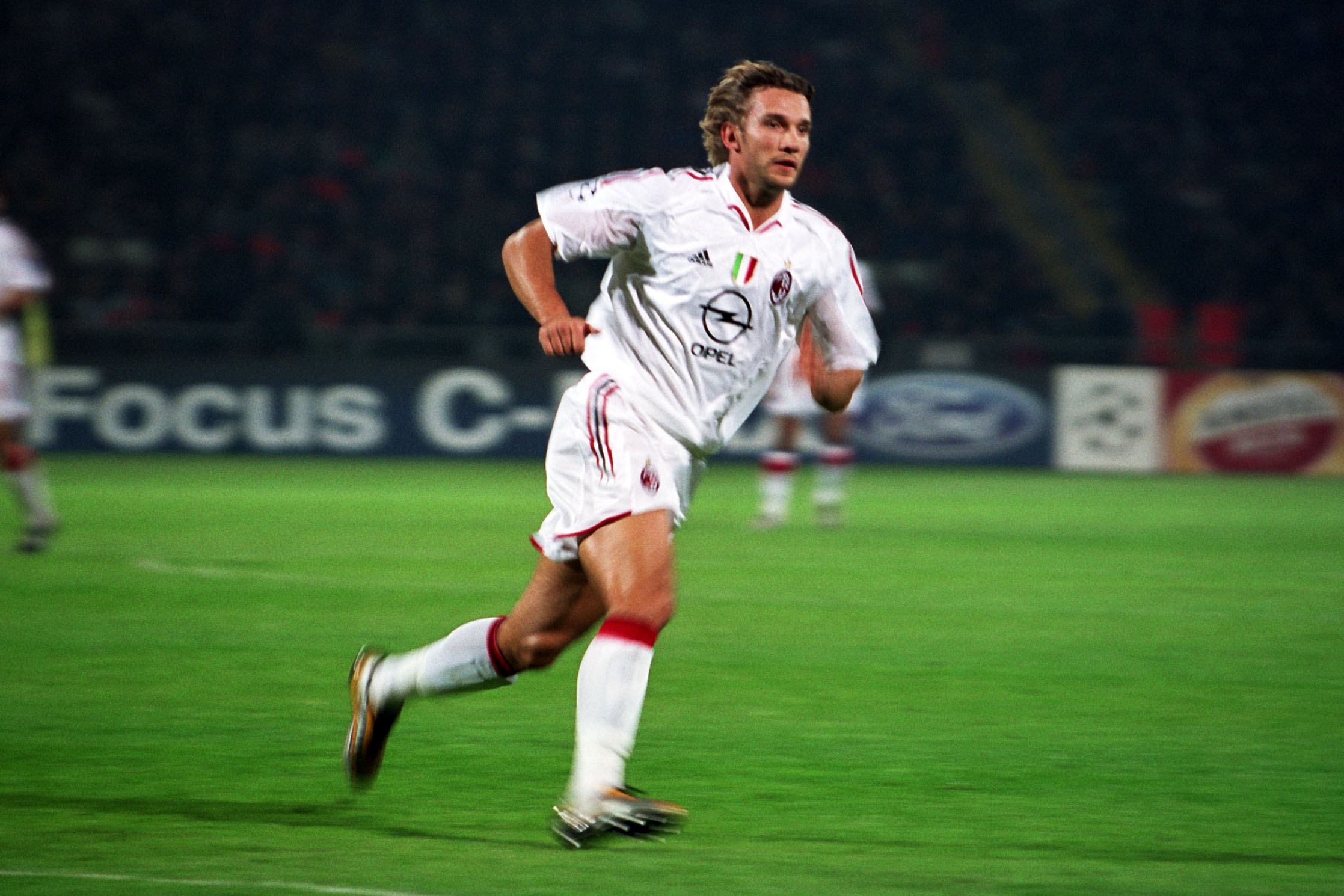 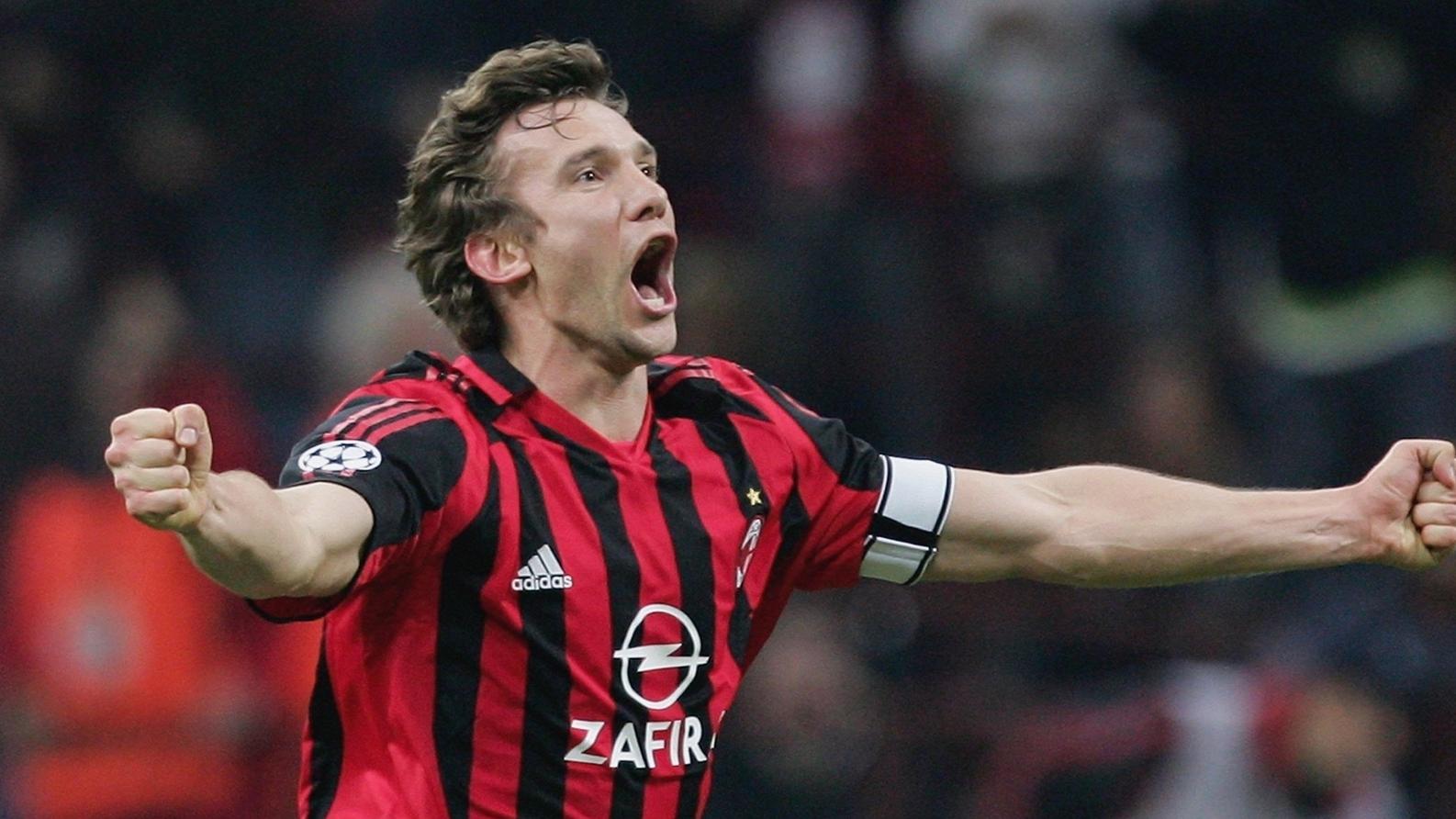 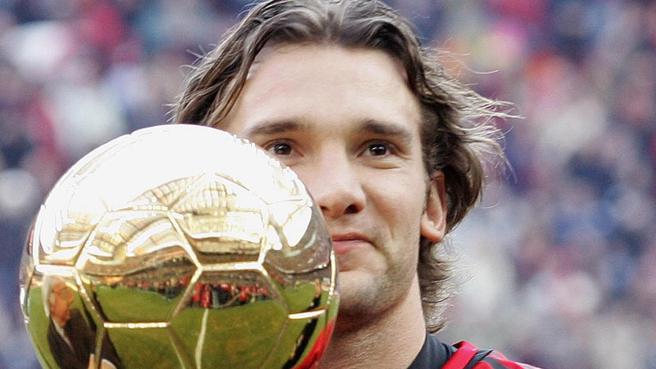