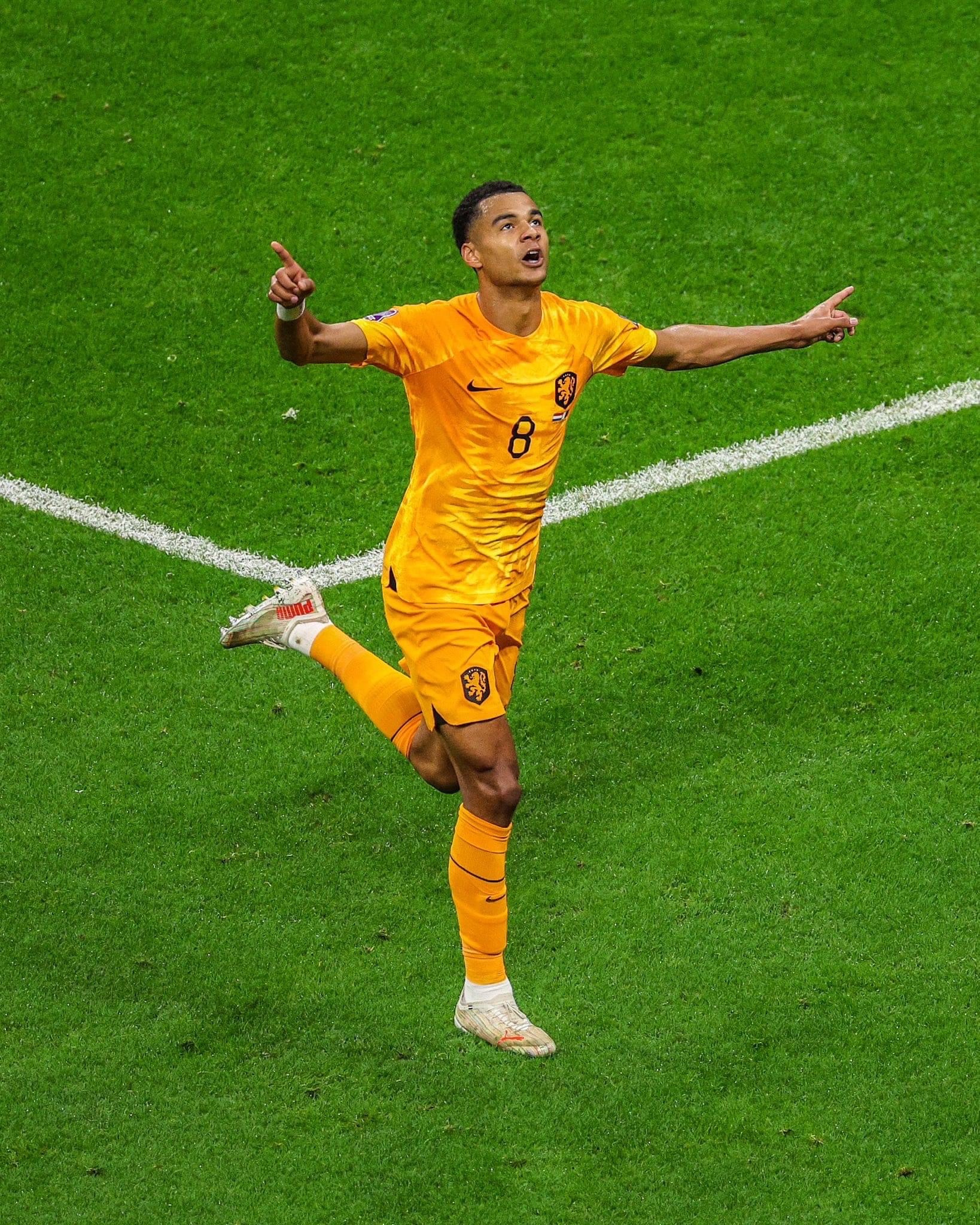 Picture : Cody Gakpo (Netherlands) became in the game vs Qatar (2-0) only the 2nd player in the World Cup history to open the score in each of his team’s 3 games in the same group stage, after Alessandro Altobelli (Italy) in 1986.

The statistics on 2022 World Cup day 10 (29 November)*Qatar became the first World Cup host team to fail to win a match; their performance is the worst ever by a host country in the tournamnet.*Qatar became the 4th seeded selection who did not win any match in the group stage of a World Cup, after Uruguay in 1974 (1 draw, 2 losses), France in 2002 (1 draw, 2 losses) and Italy in 2010 (2 draws, 1 loss).*Gakpo is also the 1st Dutch player to score in each of his first 3 World Cup matches and 4th player to score for Netherlands in 3 consecutive World Cup games overall, after Johan Neeskens in 1974, Dennis Bergkamp in 1994 and Wesley Sneijder in 2010 (no one achieved longer streak).Last time the players scored in each of 3 first games in the 2014 edition (James Rodríguez for Colombia and Lionel Messi for Argentina).*With Frenkie de Jong's goal for Netherlands, Barcelona leveled PSG in the ranking of clubs whose players scored the most in this World Cup (both 6 goals).*Ecuador is the 2nd team in the history of the World Cup that is eliminated in the group stage after winning the opening match of a tournament, after France in 1930.

*Senegal’s win vs Ecuador (2-1)- (Picture : captain KOULIBALY) became the first achieved by African team against a South American rival at the World Cup since Cameroon vs Colombia (2-1) in 1990; there was a 21-game African winless streak in this rivalry between (4 draws and 17 losses). *For the 2nd time in the entire history of the World Cup, an African team (both times Senegal) advances and a South American team (Uruguay in 2002, Ecuador in 2022) is eliminated from the same group. Aliou Cissé was present at the 2002 feat as a player and now as a coach.*England became the 7th team to score 100 goals at the World Cup. The last goal vs Wales (3-0) was just their historical.*England have scored 2 goals (Marcus Rashford and Phil Foden) within 1 minute 36 seconds what is the shortest time between two their goals in the World Cup history.*Marcus Rashford became the first Manchester United player to score 3 goals for England at a major tournament (Euro or World Cup) since Bobby Charlton at the 1966 World Cup.*Marcus Rashford scored the 4th free kick for England in the entire history of the World Cups, after David Beckham (in 1998 and 2006) and Kieran Trippier (in 2018).*Harry Kane became the first England player with 3+ assists at a single World Cup edition since David Beckham in 2002 (also 3).*Jordan Henderson is the 4th England player to appear at 6 major tournaments, after Sol Campbell, Steven Gerrard and Wayne Rooney.*USA (1-0 vs Iran) have reached the playoff stage at 3 their consecutive World Cup appearances (2010, 2014, 2022) for the first time.