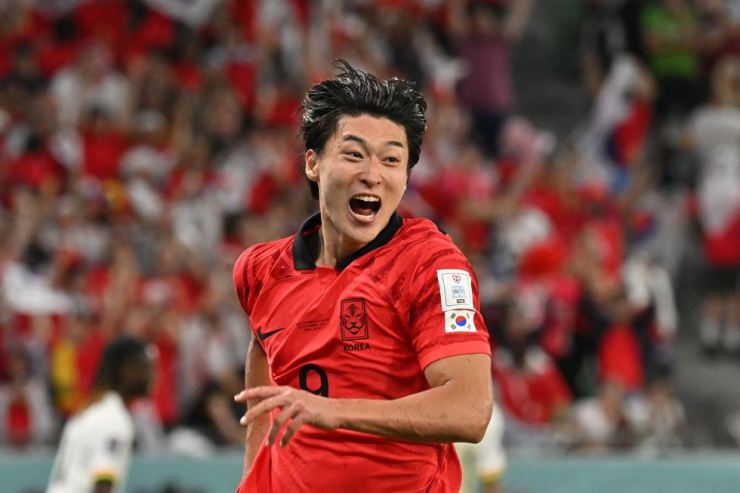 The statistics on 2022 World Cup day 9 (28 November)*Cameroon (3-3 vs Serbia) has scored the opener in the game; it was the first case when they led in a World Cup match since Samuel Eto'o goal against Denmark in 2010.*For the first time in the history of the World Cup, a team (Serbia) scored 2 goals in a first half’s added time of the same match.*Vincent Aboubakar (Cameroon) became the first substitute to both score and assist in the same World Cup game for an African national team.*Aboubakar has scored a goal and made an assist in 2 minutes 31 seconds, something that no one has achieved in a World Cup match since 13 June 2014 (goal and assist by Alexis Sánchez, Chile, vs Australia in 2 minutes 10 seconds).*Aboubakar is the 2nd African player in the history of the World Cup with direct participation (scoring or assisting) in 2 goals in less than 4 minutes, after Roger Milla (also Cameroon), vs Colombia in 1990 (a brace within 3 minutes 8 seconds).*Cameroon and Ghana scored 6 goals together (3 each), the most ever by the African national teams on a single day at the World Cup.

*Mohammed Kudus (Ghana), with a brace vs South Korea (3-2), became in the second youngest African player (22 years 118 days) to score two goals in a World Cup match, after Ahmed Musa (21 years 254 days) for Nigeria against Argentina in 2014.*Cameroon, being 2 goals behind (1-3) vs Serbia, came back (3-3) within just 2 minutes 31 seconds. Couple of hours later, South Korea did the same vs Ghana (came back from 0-2 within 2 minutes 47 seconds). Very exceptional day given that such a quick 2-goal comeback was last seen in a World Cup match as long ago as on 26 June 1954 (Austria went from 1-3 to 3-3 vs Switzerland within 2 minutes).*Brazil and Portugal, with their wins over Switzerland (1-0) and Uruguay (2-0) respectively, became the second and third teams classified for the playoff stage, after France.*Brazil have not fallen in the first round of the World Cup since 1966 avoiding defeats in a group stage since 1998 (1-2 against Norway).“Seleção” extended their unbeaten streak in group stages to 17 games what is the new record of the tournament (they surpassed Germany's streak of 16 games between 1990 and 2010).*Brazil became the 2nd team since 1966 to not face a single shot on target in each of their first two World Cup games in a single edition; the first such team was France in 1998. *Pepe (Portugal) appeared at the age of 39 years 275 days; he became the 3rd oldest outfield player in the World Cup history, after Roger Milla  (Cameroon, 42 years 39 days in 1994) and Atiba Hutchinson (Canada, 39 years 292 days in 2022).   *Bruno Fernandes (Portugal) became the third player since 1986 with 2+ goals and 2+ assists in the first 2 matches of a World Cup edition, after  Gheorghe Hagi (Romania) in 1994 and Karim Benzema (France) in 2014.