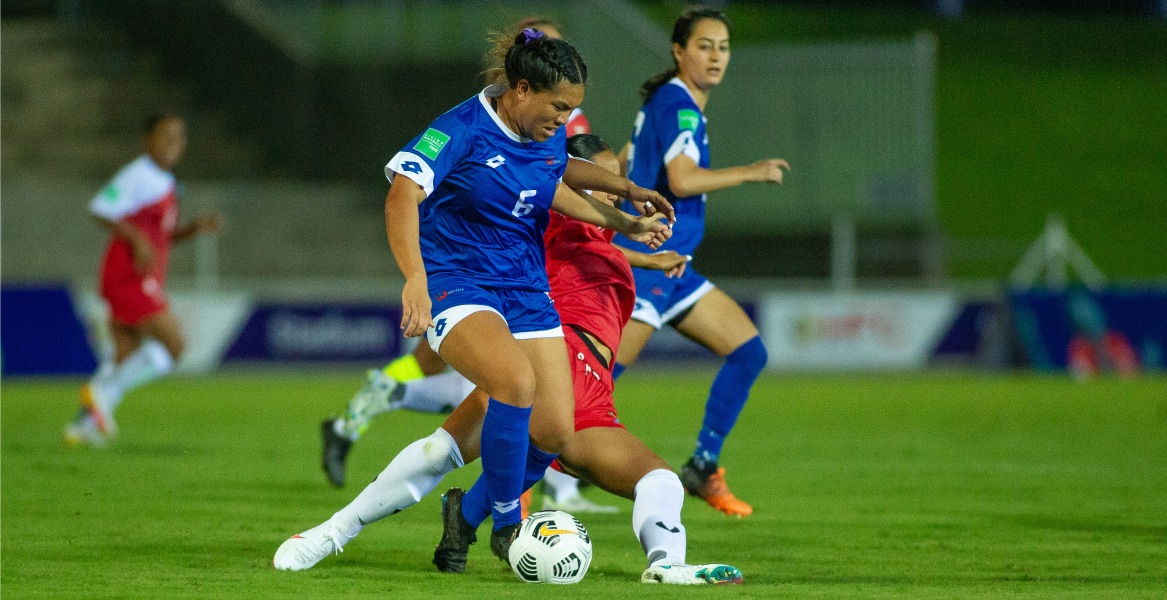 A goal from captain Monique Fischer and a moment of brilliance from Jayda Stewart proved the difference as Samoa beat Tonga 2-0 in the opening game of the OFC Women’s Nations Cup 2022 in Fiji.  The game at Suva’s HFC Bank Stadium represented a return to international football for many after years of disruption. While Samoa looked to control the game, Tonga were comfortable playing on the the counter-attack .Tonga paid for their missed opportunity when Samoa scored the opening goal of the tournament. Tonga’s defence shaped up for a cross when Fischer stepped up to take a free-kick from 30 yards out. However, the Samoa captain’s long-range effort was goal-bound and slipped through the hands of Tonga goalie Meleana Taufa to give the lead to Samoa.

Tonga continued to push for an equaliser in the second-half, with Feke and Loto’aniu again coming close .If Samoa’s opening goal was perhaps fortunate, the second was brilliant, as Stewart dribbled and slalomed her way past three Tonga defenders before smashing home to finish a sweeping passing move which began deep in their own half. Stewart’s magical moment illuminated a hard-fought and physical second-half .Samoa opened the tournament with a well-earned victory.