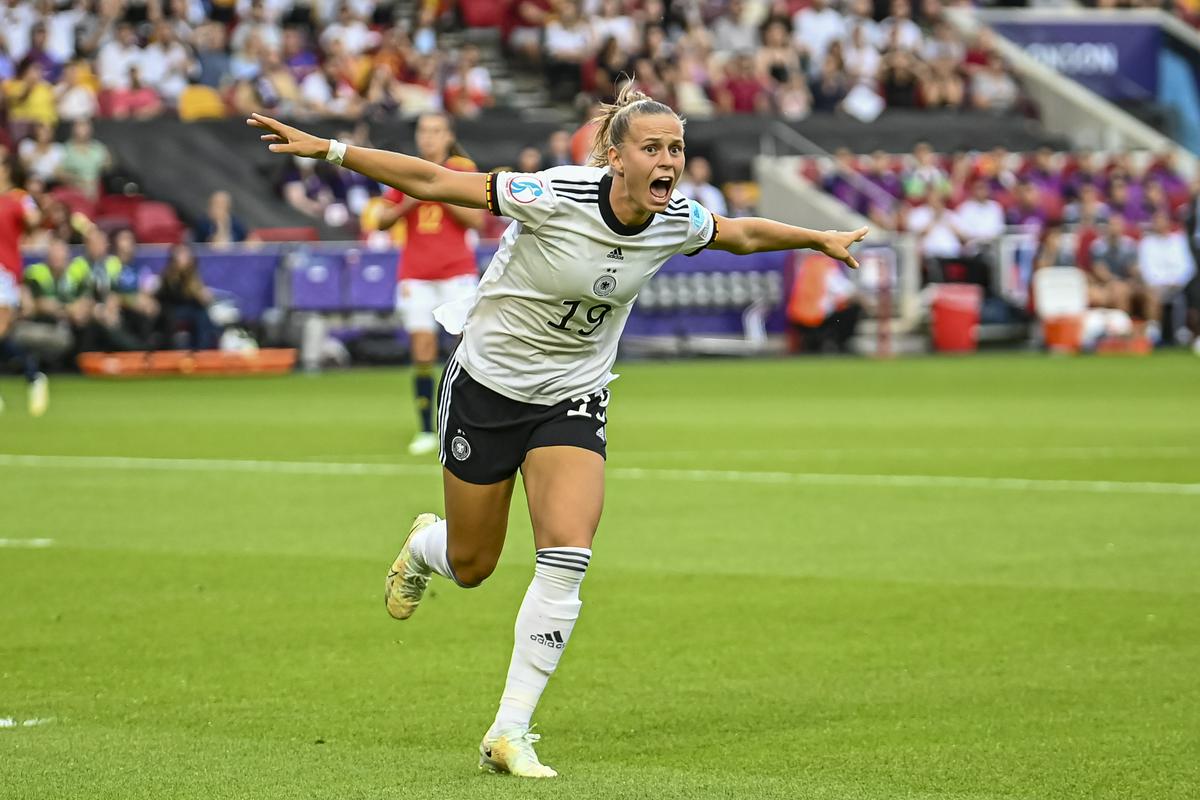 Picture : Klara Buhl and Germany on the Top !

Denmark got off the mark in the group stage in their Group B encounter with Finland, registering a narrow 1-0 win, thanks to a goal from the ever-reliable Pernille Harder. With this loss, Finland are all but eliminated from the competition, which doesn’t come as any surprise with all due respect. Denmark dominated the game with more shots (19 to Finland’s 9)and more possession (55). Yet, they couldn’t break down the mighty Tinja-Riikka Korpela, who’s goalkeeping display helped keep the score at 0-0 heading into half-time.

The changes in the 56th minute, in the form of Real Madrid’s Sofie Svava and Sofie Bredgard of Damallsvenskan helped Denmark to create chance after chance. They started pressing higher up the pitch and showed more intensity, attacking in numbers,. In the 72nd minute, a good cross was delivered from the right wing to the back post; Karen Holmgaard slammed a header on the crossbar and directly to Harder (Picture down), who quickly headed the only goal of the game.

Germany are through to the knockout phases of the Women's Euro 2022 after beating Spain 2-0 in Group B, a result which also confirmed Finland's elimination following their 1-0 loss to Denmark. Spain were not exactly outclassed at the Brentford Community Stadium, but they shot themselves in the foot by gifting the eight-time European champions a third-minute lead, as Sandra Panos hit her clearance right at Klara Buhl, who cleverly evaded Irene Paredes before applying a clinical finish.

Spain kept the German defence busy and dominated proceedings for significant periods, but life got even tougher for Jorge Vilda's team in the 36th minute when Alexandra Popp beat Patri Guijarro in the air to head Felicitas Rauch's corner home. Chances were more of a rarity in the second half, and when Merle Frohms pulled off arguably the save of the tournament so far to tip a Mariona Caldentey volley over 19 minutes from time, you got the sense this was not going to be Spain's day. Germany ultimately cruised to victory and know a point against Finland on Saturday will secure the first place in the group. Spain and Denmark will play the match for the qualification.