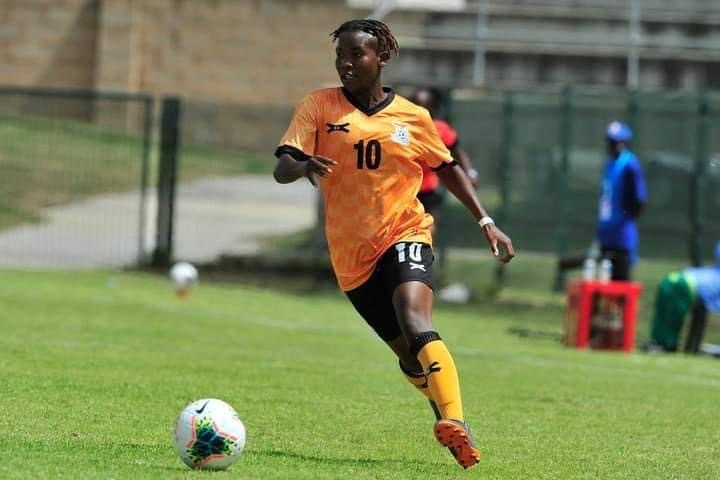 Group B matches of the tournament closed this Saturday night with Zambia topping the charts with 7pts, Cameroon 5pts, Tunisia 3pts and Togo 1pt.  That therefore sets up the first quarterfinal fixture pitting Zambia against group A runners up, Senegal. Tunisia also move into the next round and will face off with the winners of group C after this Sunday’s games.

The last two matches of the group, Cameroon vs  Tunisia and Zambia vs Togo, were played simultaneously at the Mohamed V Stadium and Moulay Hassan FUS.

Cameroon resurrected from poor showing since the start of the tournament to upset Tunisia 2-0. Just three minutes into play, Nchout Njoya Ajara provided the assist for Michaela Abam to lodge the ball at the back of the net with a left foot drive from the edge of the box. On two more occasions, Cameroon created panic in the Tunisian defense, first on 28 minutes with Ngock Yango cooling the ball with the chest before unleashing a right foot volley skirting the woodwork; and then Tunisia keeper Jebrani Soulayma diving to block a close-range hammer from captain Aboudi Onguene. When the later was substituted and armband handed to Nchout, she stepped up her game, serving Rose Bella who returned to sender for a header that sailed straight into the net for the second goal. Her jubilation following the 90th minute exploit was rehearsed when she took the Woman-of-the-Match award at full time. The projection is that Cameroon could meet perennial rivals, Nigeria at the quarterfinals should the latter emerge second in group C this Sunday night.

At the Moulay Hassan FUS Stadium, group winners, Zambia literally transformed their game into a rehearsal ahead of their quarterfinal date with Senegal. Captain Grace Chanda scored a brace with goals in the 15th and 60th minutes to emerge Woman-of-the-Match. Her teammates Ireen Lungu and Xiomara Mapepa scored on 21 and 41 minutes, respectively. And the lone goal for Togo was courtesy of Afi Woedikou on 35 minutes.

The last two games of the first round of the tournament are scheduled for this Sunday with the group C fixtures scheduled simultaneously at 9 p.m. Nigeria vs Burundi at the Moulay Hassan FUS and South Africa vs Botswana at the Prince Moulay Abdellah Stadium.