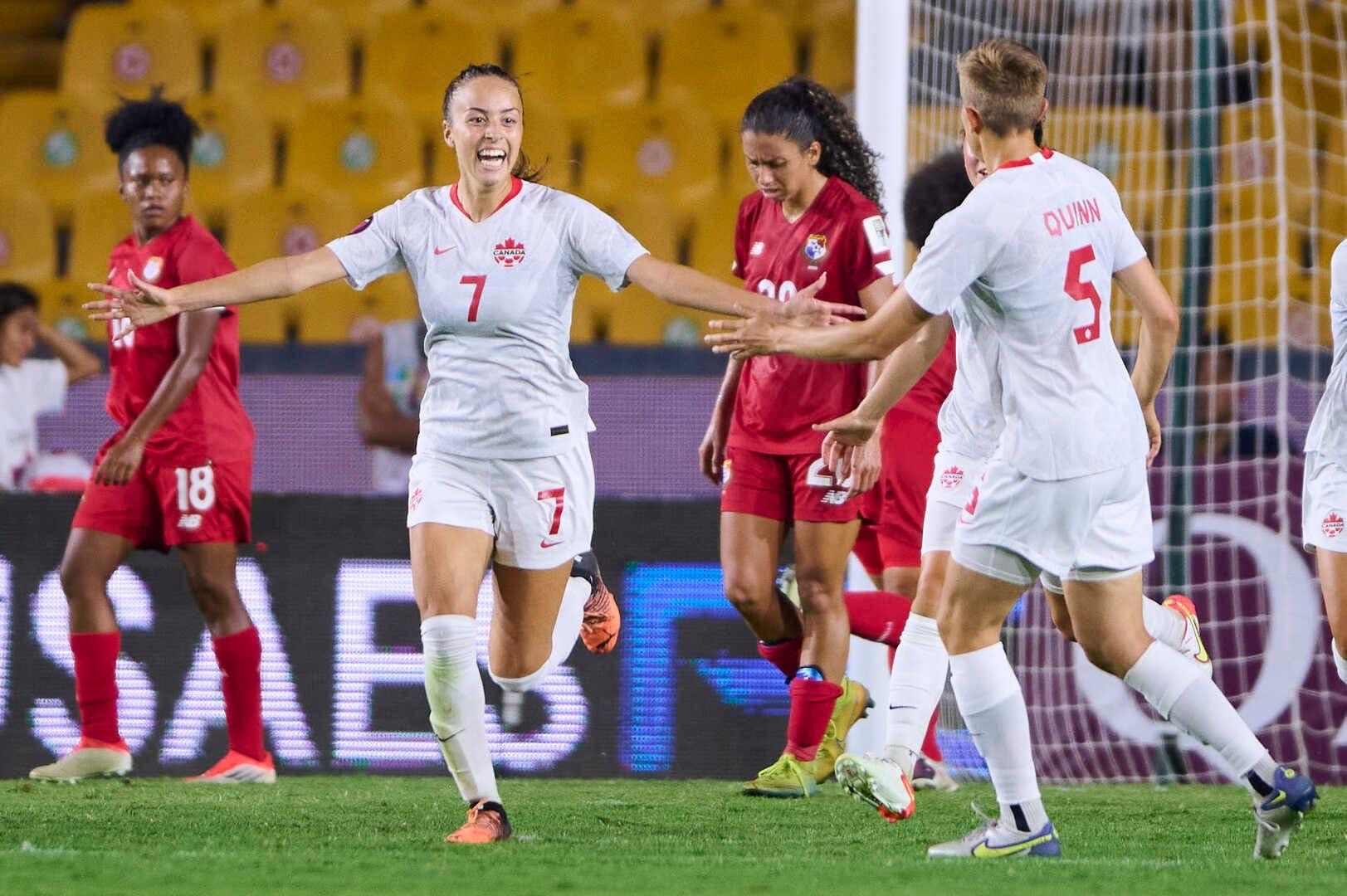 Picture : Julia Grosso is the Best Goal Scorer of the Tournament !

CANADA AND COSTA RICA DONE IT !

Julia Grosso scored in the 64th minute and Canada secured a spot in the 2023 World Cup with a 1-0 victory over Panama at the CONCACAF W Championship on Friday night. She is the best Goal Scorer of the competition, already with 3 goals in 2 games.

With Canada’s victory, Costa Rica also qualified for next summer’s World Cup in Australia and New Zealand. Costa Rica defeated Trinidad and Tobago 4-0 in the earlier game at Estadio Universitario.

Canada, which won the gold medal at the Tokyo Olympics, dominated possession in the first half but couldn’t punch through Panama’s defense until Grosso’s goal.

“It was definitely a tough one today but I’m glad we got the win and glad to have amazing teammates to support throughout this journey,” Grosso said.

Trinidad and Tobago was hurt when Kedie Johnson was sent off with a second yellow card in the 22nd minute.

Costa Rica has made the World Cup field just once before, in 2015.

Canada and Costa Rica joined the United States, which qualified for the World Cup the day before with a 5-0 victory over Jamaica, combined with Haiti’s 3-0 victory over tournament host Mexico.