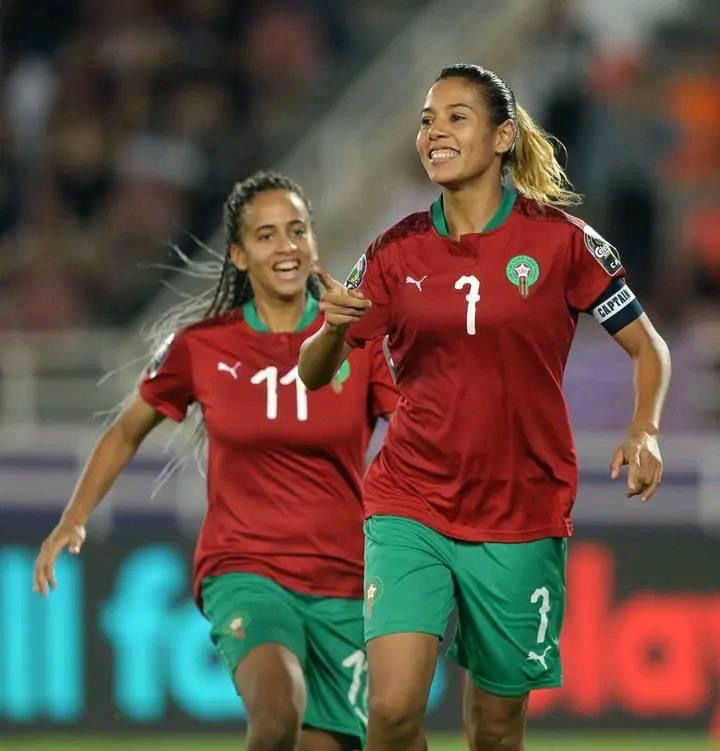 Group A matches of the TotalEnergies WAFCON 2022 closed this Friday night with Morocco registering a perfect score of 9/9 points and Senegal finishing second with 6/9 points after losing tonight to Morocco. The draw in the second game played simultaneously meant both Burkina Faso and Uganda are eliminated with no chance of any being retained amongst the two best third teams of the round.

However, the clash of the desperados at the Mohamed V Stadium gave fans quite some excitement and satisfaction. The game kicked off with heightened momentum and it was Uganda who raised the curtains on 8 minutes when 17-year-old Margret Kunihira inherited an assist to beat the keeper to the far left. The goal did not only negatively impact Burkina Faso, but they were completely depleted some ten minutes on when as last defender, Madinatou Rouamba picked red for fouling her opponent. But then their determination to minimize the adversity paid off on 35 minutes as Adama Congo scored what could easily pass for the goal of the first round wriggling past five defenders to find the back of the net. But three minutes on a defense mix up  in their area saw Sandra Nabweteme nail a shot past the keeper for a 2-1 lead. Yet in an arithmetic progression,  Burkinabe reaction got  the equalizer on 41 minutes. This time, the assist came from Balkissa Sawadogo whose cross after commendable effort from the right flank landed on the chest of Naomi Adèle Kabré who made it 2-2. The two sides leave the tournament with one goal apiece but with credit to Burkina Faso who, although playing one woman down for 70 minutes, would not buckle and in the process scoring their first ever goal and point in their first participation in the WAFCON finals.

At the Prince Moulay Abdellah Stadium where the match, Morocco vs Senegal was played simultaneously, the quality of play was better although lacking in many exciting moments. Morocco, bent on making it a perfect run in the first round took more of the initiative but the chances were blown as they came up. It took up to the early moments of the second half for the standoff to be melted. Attacking Ghizlane Chebbak sent the ball crashing against the hand of Salimata Ndiaye. A VAR check validated the penalty that would be transformed by Chebbak. A 61st minute apparent tripping of Habsatou Diallo in the box was ruled by the referee to be regular. And so Morocco carried the day but were still accompanied to the round of 8 with group runners up Senegal. Morocco’s Fatima Tagnaout was the Woman-of-the-match.

The two last group B matches get played this Saturday at 9 p.m. simultaneously. Cameroon vs Tunisia at the Mohamed V Stadium and Zambia vs Togo at Moulay Hassan FUS.