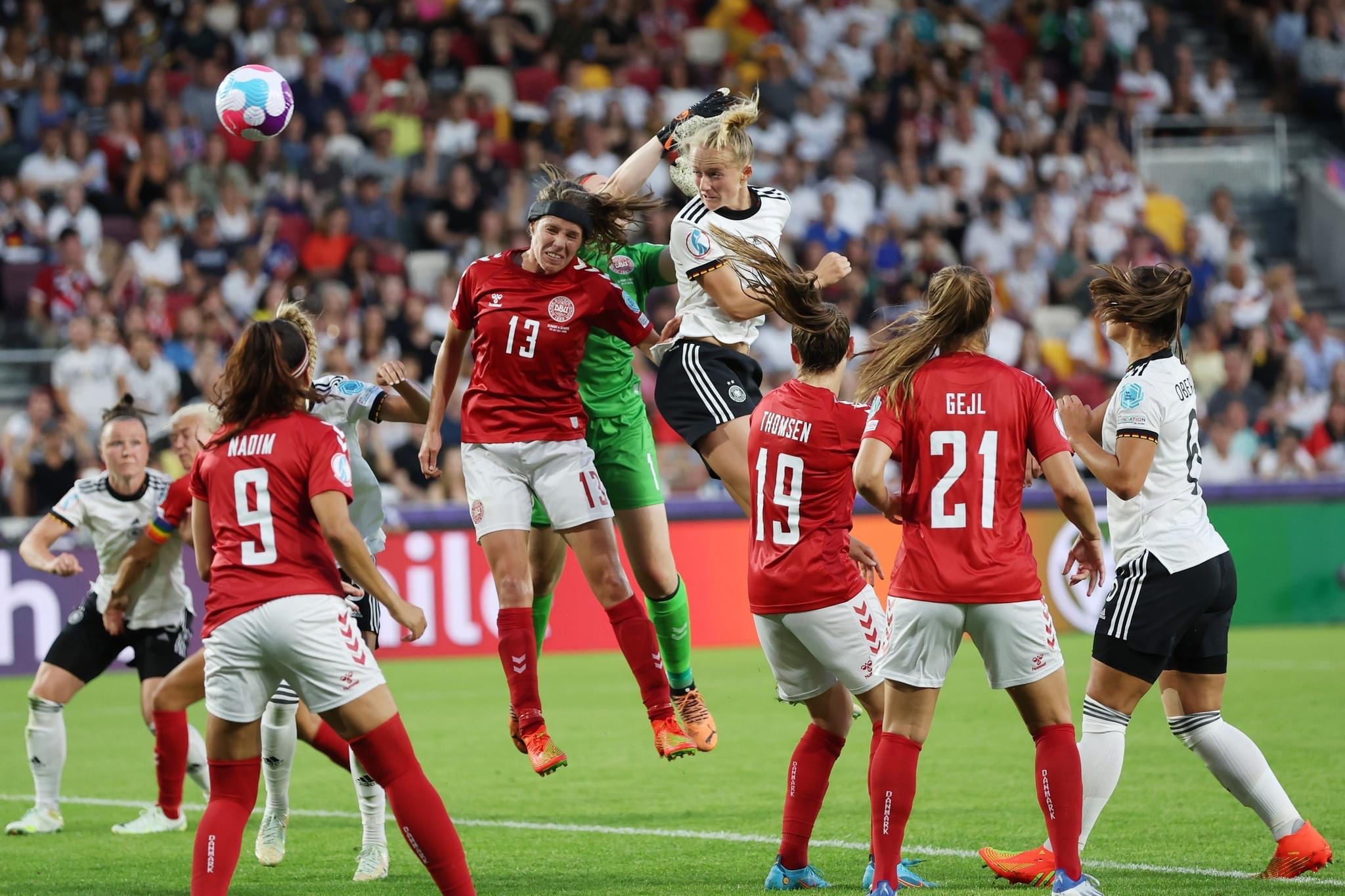 Spain and Germany made power !

La Roja had been pre-tournament favourites until the cruciate ligament injury to Ballon d'Or winner Alexia Putellas in training on Tuesday. However, Jorge Vilda's side showed why they are still contenders to win a first major women's tournament despite falling behind inside a minute to Linda Sallstrom's strike. Goals from Irene Paredes, Aitana Bonmati, Lucia Garcia and Mariona Caldentey extended Spain's unbeaten run stretching back to March 2020. Walking with crutches, Putellas was in attendance to offer encouragement to her teammates. But the shock of losing their star woman rolled over into the slow start when Sallstrom clean through and produced a cool finish in off the far post.

Spain settled into their passing rhythm as they enjoyed 70 percent of the possession. But with all-time top goalscorer Jennifer Hermoso also out of the tournament through injury, they had to rely on the unusual route of crosses into the box to turn the game around. Captain Paredes started the comeback when she scored a header from Caldentey's corner. Aitana Bonmati (picture up)  then produced a stunning header into the top corner to settle Spanish nerves before half-time. Garcia made sure of the points 15 minutes from time after Maria Leon's free-kick into the bottom corner before Caldentey slotted home a penalty with the last kick of the game.

Germany produced a stunning display to dismantle Euro 2017 finalists Denmark in London. The eight-time winners were dominant from the start and could have been out of sight before half-time as Felicitas Rauch twice hit the crossbar. Lina Magull (picture down) finally made the Germans' pressure count. The Bayern Munich striker blasted into the roof of the net after charging down Stine Pedersen's attempted clearance. Lea Schuller headed home from a corner to double Martina Voss-Tecklenburg's women's lead just before the hour mark. Svenja Huth was robbed of the goal her performance deserved by the offside flag.

But Germany rounded off a superb performance with two more goals in the final 12 minutes. Lena Lattwein smashed home a loose ball from close range before Alexandra Popp rounded off a fine team move by heading in after Sydney Lohman’s wonderfurl assist. Denmark had been tipped as contenders for the title, but their performance due to Germany’s power was poor.