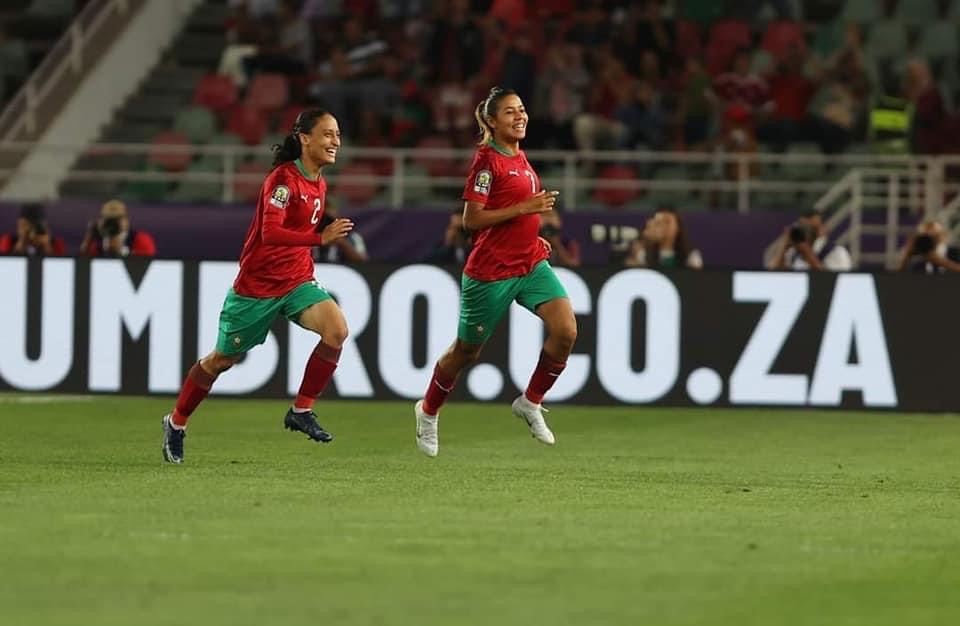 Woman-of-the-Match and captain of the Atlas Lionesses of Morocco, Ghizlane Chebbak's direct free kick on 29 minutes from just outside the box skirted the Burkinabé wall and forced a passage through the grip of the diving juvenile keeper, Mariam Ouattara to land the hosts the 1-0 victory. The hard fighting debutants demonstrated resilience and outright determination but were only denied a last minute equalizer justifiably blamed on illicit positioning by the scorer. But it should be retained that the lone goal of the match only came in after a VAR checking led to a replay of the free kick by the same player that had earlier seen the keeper thwart an opportunity for the winners in their third WAFCON appearance to celebrate a goal.